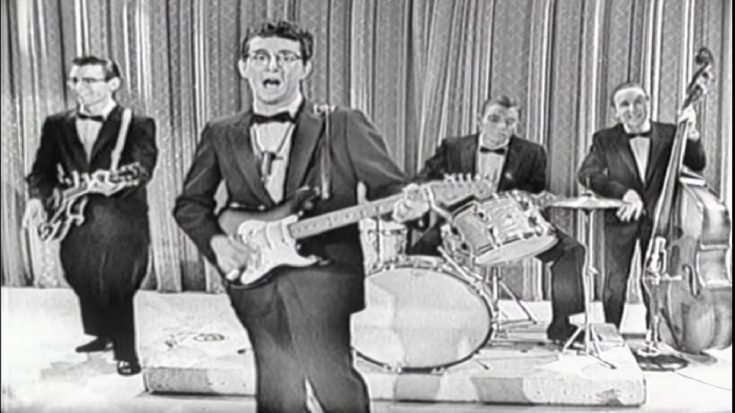 Let’s relive the time when the music is still alive with Buddy Holly’s quintessential performance of “Peggy Sue” at The Ed Sullivan Show.

Buddy Holly and his band, the Crickets, debuted their first album, The Chirpin’ Crickets, in November 1957, just 15 months before he tragically died. Unbeknownst to Holly himself, he died an idol to some of the finest musicians in rock history, molding the likes of The Beatles, Eric Clapton, Rolling Stones, Elton John, and Bob Dylan into the performers that they are today.

On December 1st, 1957, Buddy Holly and The Crickets made their first appearance on The Ed Sullivan Show, having just released their first album. Niki Sullivan for rhythm guitar, Joe Mauldin for bass, and Jerry Allison for drums comprised the backing band, with Holly on vocal and lead guitar duties. They were all dressed in uniform ties and coats, and Buddy wore the horn-rimmed glasses that have become his hallmark. The band’s first single, “That’ll be the Day,” was performed for the audience throughout their set. Buddy’s silly personality, creative vocal style, and extremely memorable melody made it difficult to dislike him. He also delivered a catchy tune in the set. Moreover, they wowed the audience with their performance of “Peggy Sue,” one of their beloved classics.

Check out the video here.