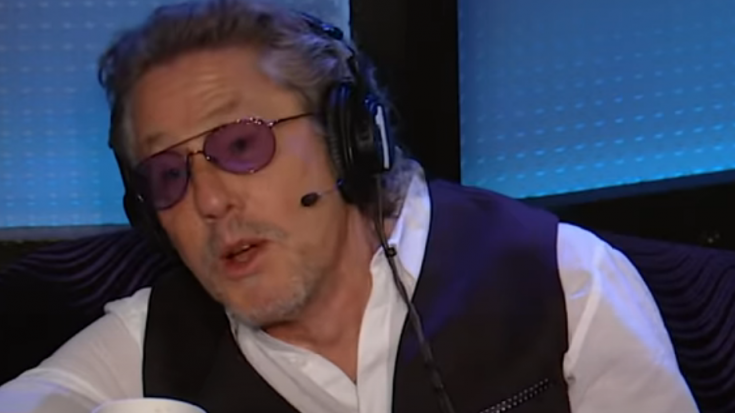 The Who got lucky that their fame made them icons in pop culture as well as timeless song classics. But for Roger Daltrey, not all songs could be considered as one.

In an interview from SiriusXM’s The Howard Stern Show back in 2015, Stern asked The Who singer if there’s any song that he refuses to sing. He’s had one in mind, and the decision to leave it be may perhaps be the best thing for him to do.

“There is one, and I won’t ever play it again,” Daltrey told Stern. “There’s a song on the Who Are You album, it’s called ‘Music Must Change.’ Every time we played that in the studio, Keith [Moon] couldn’t play the drums to it. It was in a three, four. Keith couldn’t play normal drums. Keith could play great Moon drums, and that was it.”

Moon, an extraordinary drummer, just couldn’t wrap his head around the normalness of the song’s drum beat, so the band, regrettably, decided to hire a session drummer for the song. “Anyway, Keith is not on that recording on the record, and straight after we made that record, he died,” Daltrey revealed.

Another unfortunate incident happened when The Who reunited in 2002 (with drummer Kenney Jones replacing Moon), and decided to let this one be a part of the band’s song list. “We brought it back in 2002 for the last tour with [bassist] John Entwistle, and we rehearsed it, we were going to do it in the show, then John died.”

Whether it’s a curse that’s made Daltrey afraid, or simply coincidental, it’s best believed to let things like this be, for the sake of everyone’s sanity. Moreover, we simply cannot let Daltrey and Pete Townshend perform the one song that reminds the death of their members, right?

Watch and listen to the interview below.