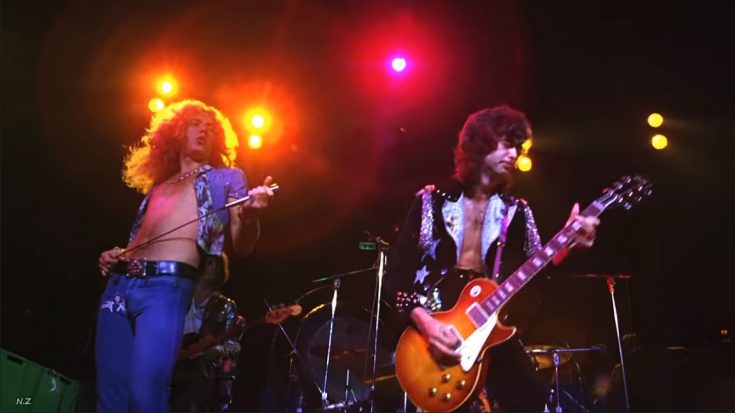 Hailed as one, if not the greatest rock band of all time, what does Led Zeppelin have that no one else has?

Well, for starters, each of the members have their own strengths that contributed to the band’s material. Robert Plant’s voice is undeniably one of the best in rock history, but people most people miss out on the fact that his songwriting ability is nothing to scoff at. Jimmy Page is the master musician of the group, composing some of the most long-standing rock songs of their era and the ages to come. He takes his experience from his session gigs back in the day, giving him that trained ear to make a cohesive composition, while having that versatility to do impromptu jams that filled most of Zep’s live sets. Then there’s John Paul Jones, the backbone of the band. Jones’ mastery of several instruments, gave the band that orchestral support even with a 4-man lineup. Jones was also a session musician like Page, armed with the understanding of recording techniques that gave Led Zeppelin an edge over its contemporaries. John Bonham kept time for the band, being acquainted to the throne since his childhood. More than time, Bonham’s feel was one of the most important aspects of Led Zeppelin’s music. Heavy hits, grooves, funk fills; Bonham could do it all.

But more than each members’ individuality, was their cohesiveness as a band. Each of them fed off each others’ energy onstage, complementing each other with undeniable chemistry. Improvising was one of Led Zeppelin’s favorite party tricks, extending five minute songs into twenty five minute jams, and even managing not to play the same arrangement twice. You don’t even have to mention their track record, given the brief time the band was together.

The timelessness of these rock pioneers has made itself apparent, with new fans in the 21st century being introduced to the fold. Indeed, there is no other band like Led Zeppelin. These rock gods gave out so much material to enjoy and learn from, giving their successors inspiration to go out and explore music without any reservations.