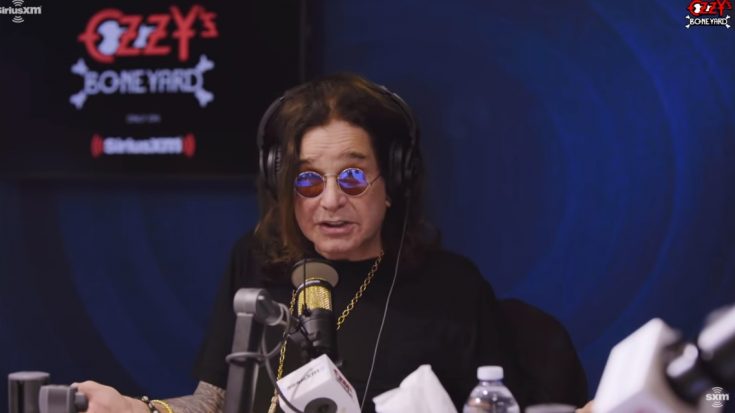 Today, Ozzy Osbourne is seen as a funny grandpa who is confused by everything and everyone around him. But there was once a time in rock that Ozzy showed the world who was boss.

Starting off in school by taking part in school plays, Ozzy soon found himself joining Geezer Butler, Tony Iommi, and Bill Ward to form Earth, which was then renamed to Black Sabbath. Taking inspiration from the shock value of their brand, they hooked on heavy blues as their main repertoire. Black Sabbath went on to become one of the biggest rock acts of the 70’s, pioneering what is now referred to as heavy metal. Amidst the success however, Ozzy was dismissed from the band due to his substance abuse problem. He was then managed by Sharon Arden, who helped him build his solo career.

He then hooked up with the future members of Blizzard of Ozz, with the notable addition of Randy Rhoads, who would later become one of his closest friends. Blizzard of Ozz became one of Ozzy’s greatest achievements, him bouncing back from all the failures of the past few years. He was married to Sharon Arden, and would later become one of the industry’s biggest businessmen. In the 1990’s, Ozzfest was established to help promote budding rock bands of the decade. The crowd’s response to the musical event was overwhelming, marking Ozzy’s commercial success where he wasn’t the center act. But as Black Sabbath reunited then, they performed in the festival periodically.

As the 2000’s rolled in, Ozzy continued to make solo material and music. But what’s most memorable for the fans of that era was Ozzy’s first television stint, a reality show with his family titled The Osbournes. It showed the funny side of the Prince of Darkness, who was feared due to his escapades (biting heads off bats and doves). He went on to have multiple television features, mostly with his son Jack.

Ozzy is still active til today, collaborating with Post Malone for a track on the rapper’s new album. Osbourne’s enduring personality and rather “matured” outlook in life, which set in late for him, is one of his charms in this modern age. Who said heavy metal and family man didn’t mix well?