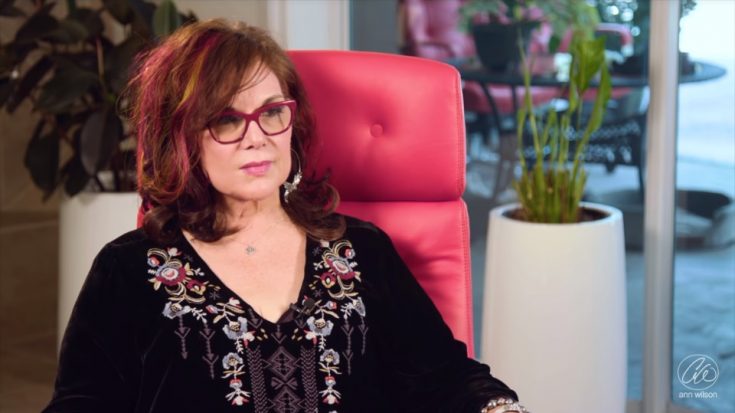 In another episode of “Artists Shunning Their Work”, we have the Wilson sisters from the rock band Heart. “All I Wanna Do Is Make Love To You” is an original by American singer Dobie Gray, recorded in 1979, with the same arrangement, but entirely different lyrics.

Dobie Gray’s original version was straightforward love story in the form of a song, a seemingly youthful passion conveyed bluntly. Heart’s version, however, is a bit too much to handle. The video goes hand in hand with the lyrics in displaying the story rather vividly. It tells about a woman who picks up a hitchhiker on a rainy eve, and immediately falls for the mysterious stranger and his charms. The two spend the night on a motel, concluding on an intimate encounter, with a rather sick twist of the woman’s intentions.

The woman intentionally gets pregnant from the encounter, leaving a note at the bedside for the man to find out. After some time, the two unexpectedly meet again, this time the woman carrying the fruit of their one-night escapade. It is then revealed that the woman is in a relationship with another man who cannot give her the gift of life, seeking the answer in the stranger many nights ago.

“Then it happened one day, we came round the same way
You can imagine his surprise when he saw his own eyes
I said please, please understand
I’m in love with another man
And what he couldn’t give me
was the one little thing that you can”

Ann Wilson commented on the song, “Actually we had sworn off it because it kind of stood for everything we wanted to get away from. It was a song by “Mutt” Lange, who we liked, and it was originally written for Don Henley, but there was a lot of pressure on us to do the song at the time.” Since then, Heart has never performed the song again, not even upon adamant live requests on their concerts.

Want to know the sinister message behind “Every Breath You Take” by the Police? Click here to find out.