Why Geddy Lee Is A Rock Legend 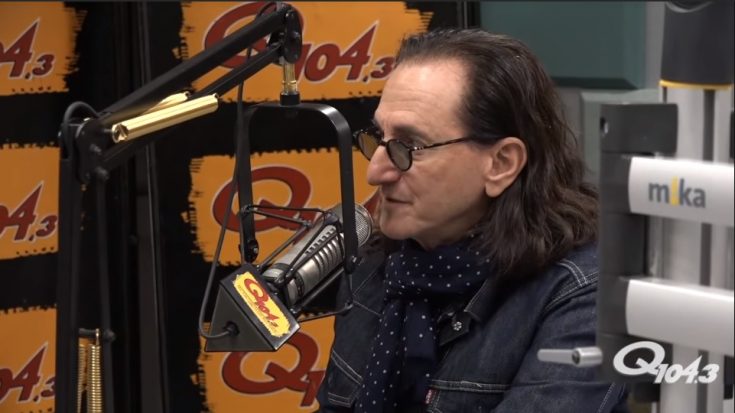 In the rock industry’s massive offering of bands and artists, many would argue a bassist’s presence being the most subtle. Sure, a few notable exceptions can be made, take Paul McCartney as an example. Although McCartney is an accomplished bass player, his fame as a vocalist and face of the Fab Four is a clear reason he’s not in the shadows. Among these brilliant bass players, the name Geddy Lee presents itself as one of the most unique of his kind. But what exactly makes Geddy Lee a legend?

Lee is credited as the singer-songwriter, bassist and keyboardist of Rush. Indeed, his ability to multitask is no joke, considering his style of playing bass. Rush is known for their penchant for intricate, irregular time signatures that oftentimes include a myriad of complicated progressions. With Neil Peart on timekeeping and Alex Lifeson in charge of the lead flair, what does Geddy Lee exactly do? First of all, Lee has an amazing ear for his bass progressions, often using charged riffs and progressions that he can change according to the song arrangement at lightning speed. Lee also uses his bass as an alternative for vocals, providing countermelodies against Lifeson’s lead. His usage of high treble on his bass playing almost makes him the second “lead” guitarist for Rush.

On top of that, Lee also sings the main vocals for the band. His distinct tenor vocal quality is what sets him apart from any other prog rock contemporary, or any other vocalist for that matter. His complicated bass playing, paired with an equally high vocal melody, would make any other musician buckle at the mere thought. What’s amazing is Lee’s improvisations at live performances. While his parts are crazy complicated enough, he never misses to do improvs on the spot, making for a more musically interesting show. Lee’s keyboard skills are also nothing to scoff at, providing another dimension to Rush’s sound. While at the keyboards, Lee manages to keep at his bass parts by playing the rudimentary notes with bass pedals.

Indeed, Geddy Lee is considered to be one of the best bassists and all-arounders in the rock industry. Not to mention the geekish charm due to his bizarre features, peddles Rush’s image even further. One can only hope to be as essential a person as Geddy Lee is.