Gene Simmons Has Something To Say About Pop Music Today 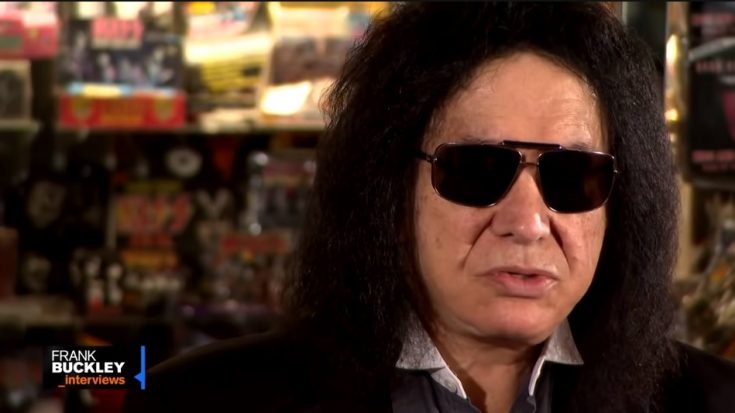 Gene Simmons in an interview with Frank Buckley - KTLA 5 / Youtube

Once in a while, he does make sense.

KISS bassist and vocalist Gene Simmons gives a piece of his thoughts once again. Simmons has recently concluded that rock may be “dead” for real this time, and now has extended his sentiments towards pop music. The Demon stated how the mainstream music industry is dictated by a set of rules and are heavily imposed upon artists, rendering them immobile, or “handcuffed”, as per Simmons’ statement.

He detailed how The Beatles and Little Richard became his biggest influences during his younger years, while defending current pop artists and slamming their financial woes brought on by the industry’s music “shaping”.

These statements are derivative of the KISS bassist’s view about the current status of rock, which he strongly proclaimed in an interview with Esquire in 2014. “Rock did not die of old age. It was murdered. Some brilliance, somewhere, was going to be expressed, and now it won’t, because it’s that much harder to earn a living playing and writing songs. No one will pay you to do it.”

Simmons also shared his musical heroes and his go-to tracks that mostly comprised of Led Zeppelin and King Crimson songs. “You asked me to pick 10 tracks that blew my mind. I could have picked a hundred… a thousand. That was what it was like to be a music fan in the 50s and 60s. … You had the Beatles next to Diana Ross next to Zeppelin next to Hendrix next to Yes next to James Brown next to the Kinks. … Every week, there seemed to be another 20 new songs that just stopped you dead in your tracks.”

Meanwhile, here is a video of Gene and his daughter Sophie for a KISS makeup tutorial.