The 5 Best Prince Songs Of All Time 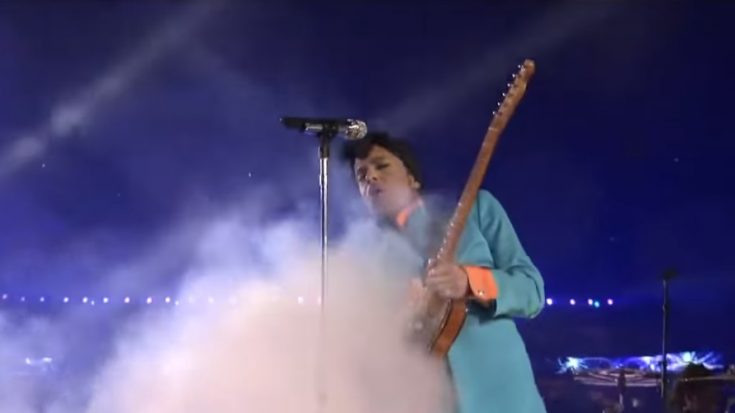 Probably one of the few rock stars whose sensuality transcends his mortal shell, seeping through his majestic creations with purposeful essence. Known for his ability to traverse and infuse rock, RnB, funk, and pop throughout his extensive career, Prince’s versatility gave the world music that changed the course of pop culture. His signature androgynous motifs shattered stigmas and opened opportunities for similarly-influenced artists to present their craft. It’s been three years since the beloved musician’s passing, but his legacy and flamboyant showmanship will forever live on in the hearts of the lives he touched. Let’s take a stroll down memory lane and celebrate Prince’s greatest hits.

This disco funk anthem’s inspiration came off when Prince dozed off in his band member’s pink car after an exhausting recording session, pulling up lyrics piece by piece during multiple instances of power naps. The lyrics nod to sex, with the car metaphor that fits the message of a promiscuous partner. The recognizable chorus progression and the perfectly modulated synths allow for a magical touch to the groove-infused track. Prince busting dance moves is a nice treat for the avid fan.

Probably one of Prince’s most well-known tracks to date, people will either love or hate it. Prince’s unique use of his upper vocal range’s falsetto in this groovy funk hit is ingenious at best, and wonderfully reflects the playful, taunting vibe of the song. Prince actually planned to give the song to Mazarati, an upcoming funk band at the time, but reclaimed the song with David Z’s arrangement, removing the bass lines and adding his guitar parts. Needless to say, he made the right decision, resulting in a pop funk dreamland that’s sexy and comic at the same time.

The track became Prince’s first chart hit since his debut, and featured a 21-year old Prince. Fresh, funky progressions with his signature falsetto gives an authentic disco-funk vibe that’s a break from the heavier material of the era. The song’s lyrics talk about an ambitious man who wants to become the lover of his admired woman, and his musings of youth-induced promises, with the sad note of being treated as a child by that person. This was later revealed to be Prince’s story and his crush on pianist/singer Patrice Rushen.

This emotional track is almost a religious experience, with the incorporation of the piano parts, along with the vocal reverb that evokes a ghastly yet heartfelt tune. No shame in the slow tempo here, as it magically intensifies the mood with the well-timed notes of Prince’s guitar solo. The haunting and profound vocal wails by the end of the song perfectly hits the soft spot of the audience, the longing tone pattern resounding through the most basic units of the being. Technically magnificent as well, with a delicate arrangement and the right hint of brashness, there’s no question as to why this is Prince’s magnum opus.

Inherently deceiving with the guitar solo intro, you’d think this was a metal song at the first listen. But Prince finally reveals the real deal at the solo’s end, a stark progression with just a synthesizer and a looped drum track, which he magically transforms into a haunting electric dance anthem with his creative vocal mix. It is also noticeably devoid of a bass line, which is unusual for a disco dance anthem. The signature 9-note riff that plays after the chorus is a simple yet memorable snippet that complements the song’s synthetic vibe. Prince tastefully ends the song with a layer of improvised vocal melodies over the base track, showing off flair and authenticity of the rocker’s work.