Why David Bowie Is A Rock Legend 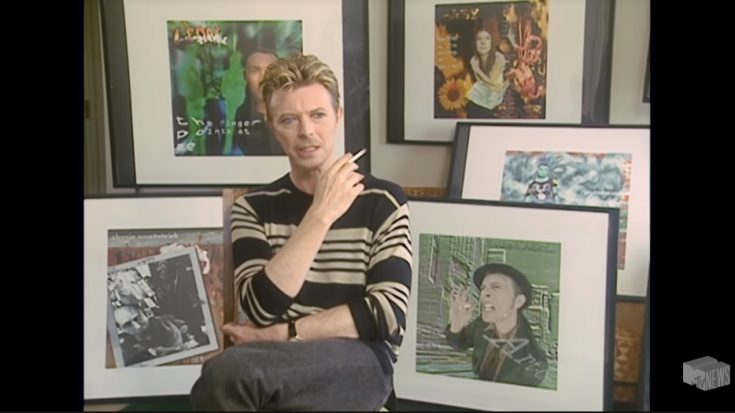 The ever-illustrious career of David Bowie has garnered the attention of both admirers and critics, and has continued to be appreciated after his death. Indeed, Bowie has placed his mark in history. But what really sets David Bowie apart from his contemporaries?

First of all, Bowie was an artistic chameleon. He channeled the extreme side of the innovative spectrum in rock. Apart from his music, Bowie is most credited for his bizarre personas, from the glam extraterrestrial icon Ziggy Stardust, up to the Blind Prophet, Bowie has touched them all. Bowie used this to escape his paranoia of schizophrenia, which plagued his bloodline. Making for theatrical effects in his live performances, these tastefully done personas are a reflection of Bowie’s intentions and inspirations by the time of its creation. From conservative characters, to overly sexualized representations, were enhanced by Bowie’s naturally androgynous physique. Make up, dyed hair, and unique costumes all contributed to the overall vibe of his alter egos. More than that, David Bowie was a symbol of sexuality, empowering members of the LGBTQ+ community with his unwavering confidence and non-conformist craft allowed for a culture of liberated expression, which was eventually realized as the times progressed.

His music was similar to his being, a shape-shifting cloud of themes and inspirations. From his Ziggy Stardust catalog, to the Thin White Duke’s collection, Bowie has had an eclectic selection of tracks that defied the conventions of rock and pop. Known for his irregular-timed arrangements, and prolific use of non-traditional sounds and instruments, Bowie shaped his unique tone, which was even distinct when put side by side with his own. “Starman“, “The Jean Genie“, “Fame“, “Space Oddity“, and “Heroes“, were prime examples of his style-skipping prowess. When you listened to his works, you knew it was David Bowie, yet it confused you how easily he could transition into a completely different sound.

Bowie’s ethereal personality could never be put into artistic captivity. That was his charm, which took rock purists by the neck and wringed the elitist mentality out of them. Bowie was a whole culture in himself. It’s just sad that people only come to realize of his contributions to the industry in his passing.