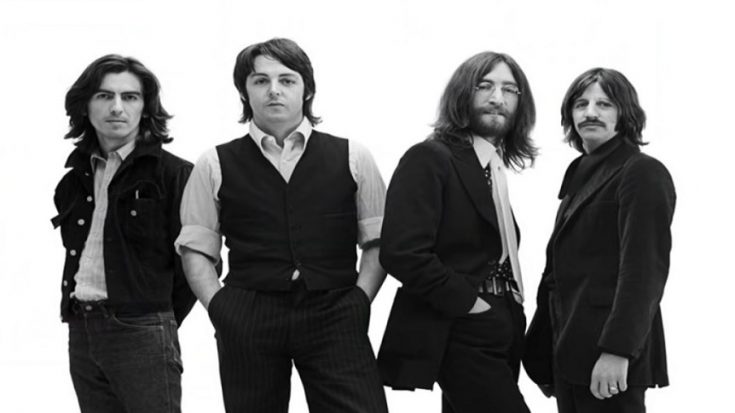 The Beatles are known to be one of the greatest bands in the history of music. Creating the most artistic albums and most prolific hits, absolutely no one could top their exemplary work for the 10 years that they’re active. To show their skills in producing songs, today, we’ve ranked all the band’s singles from their weakest to greatest hit. Have fun reading!

Let’s start with this early Beatle hit. “From Me to You” lacks the essence of a real Beatle song, but it’s off to a great start.

This one song might’ve angered fans as well as John Lennon because it doesn’t sound worthy to be released as a single. Nevertheless, the shallow yet creative panache definitely makes people remember this one.

Little could appreciate how great this single is compared to the other Beatle singles. “A Hard Day’s Night” might not be your ideal song if you dig on their catalog, but it’s worth the listen anyway.

“I Feel Fine” bonds the band’s boyish musings to their ongoing experimentation of different music styles.

“Lady Madonna” is a symbolic song for all the struggles that women have faced. Its influence resembles the King of Rock & Roll’s (Elvis Presley) style.

The song that jumpstarted the band’s career, it’s cheesy but it’s not at all bad for a great beginning.

Perhaps going back to their roots, “Get Back” had elements of the old R&B and Rock N’ Roll that the band once lived through.

This classic “Ringo song” puts together all the children and adults to sing. Not only is it perfect for Starr who prefers simplicity, but it also managed to show the drummer’s capabilities as a “knockabout uncle type.”

This adorable love song definitely shows its capabilities for a sweet Beatle hit.

Macca’s Aunt Lil once asked his nephew if they could write something interesting other than silly love songs, to which Macca replied with this one. “Paperback Writer” is definitely a Paul song.

Lennon professes his love for his wife Yoko Ono with “The Ballad of John and Yoko.” Lennon admitted to writing this song during their honeymoon in Paris. How sweet.

The idea that material possessions and money won’t buy what you really want is something so mature and perfect for the Fab Four’s growing popularity. The single has its own charm that you couldn’t resist.

Not the usual song for the Beatles to create because it’s a bit heavy, but nevertheless has the hit of pop that you usually observe from them. “Ticket to Ride” is an exemplary song.

This one song should put every war and disruption on its pedestal, with “All You Need Is Love” to guide everyone. “Love is allowing somebody to be themselves and that’s what we do need,” Lennon expressed during a 1971 interview.

One couldn’t deny how powerful this song is on every love song penned by the Lennon-McCartney partnership. “I Want to Hold Your Hand” is simple, but it can tingle your heart.

Double-A side is something that the band is well-known for. “We Can Work It Out”/ “Day Tripper” is the solid proof for that.

Lennon admitted that this was McCartney’s “last hurrah” before The Beatles broke up. He’s not wrong with that statement.

This lovely song didn’t only catapult the four lads from Liverpool to stardom, it also catapulted the level of intensity that the music is capable of. “She Loves You” rose the standard for every song created by any artist from then on.

Perhaps one of Lennon’s greatest works, “Help!” is essentially his struggling plea on his imprisonment to fame. It might contain the easy pop goodness, but to the late singer, it was a reflection of what he felt.

Another Double-A side that captures the innocence of John Lennon and Paul McCartney’s childhood. Different perspectives, different contexts.

Arguably one of the finest singles in the long catalog of Beatles’ music, the Double A-side “Something”/ “Come Together” are the songs fit to describe them. Written by George Harrison and John Lennon respectively, these two singles usurped the real power that the band is capable of.

The sheer power that this song provides is bigger than the song itself. It’s easily labeled to be the band’s greatest work, all inspired by Julian Lennon, who experienced tremendous stress from the divorce between his parents John and Cynthia.