We Love ELO Because Of These 7 Songs 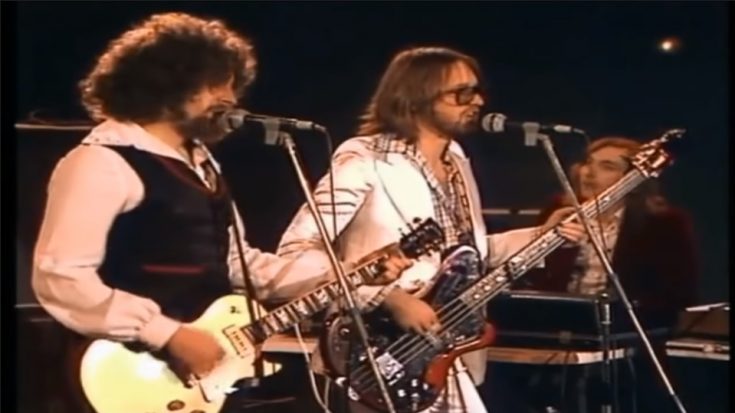 While Electric Light Orchestra was known for their “Beatle-esque” music, the band innovated it so much that the style became their own. Known for their leanings to pop music and classical arrangements in a strange but pleasurable fusion, ELO became pioneers of pop rock in the 70’s. While ELO was an English band, most of their accomplishments came from the US, garnering several RIAA, CRIA, and BPI awards. Here are some of the best tracks from the band that brought nostalgia even before it was permitted to happen.

A remnant from Jeff Lynne and Bev Bevan’s material from their days in The Move, “Do Ya” was revived by ELO, driving it to the top 20 on the charts. While ELO is primarily known for their classical arrangements, the track keeps it to a bare minimum, instead relying on a heavy guitar riff that came to be known as one of the best in rock.

Turn To Stone is the lead single for the 1977 catalog, Out Of The Blue. Featuring an infectious hook that spoke loads in its volume, the track is then complemented by a barrage of a string symphony, adding an extra dimension of treble in the amazing track.

This time calling out to their pop-infused sound, “Sweet Talkin’ Woman” is a cacophony of string instrumentation into synthesizers, with a call and response dynamic unique to ELO.

ELO shook off their more avant-garde rock concoctions for a funk-filled arrangement in “Evil Woman”. Using the same old string and keys combo, ELO managed to squeeze out a charmingly funky track that captures the essence of dance music perfectly.

ELO took everything that made their music recognizable – such as strings, synths, soulful vocals, and the classic hook – and put them everything together in “Livin’ Thing”. While the track didn’t score on the Top 10 of the charts, it became one of their most widely known songs ever.

The uplifting melody of the track is just fitting of its title, with ELO rising to the occasion with their Beatle-esque sound upgraded. It even features the vocoder to good use, way ahead of its time considering it was the 70’s.

The genius that is Jeff Lynne (who took so long to be recognized by the Rock Hall of Fame) made his love for infectious hooks and took it up a notch with 1976’s “Telephone Line”. The innovative song didn’t feel out of place in the era despite its advanced style and arrangement, and is probably the reason why it’s the only song on A New World Record to get into the Top 10.