We Discover Why George Martin Is The Beatles’ Key To Success 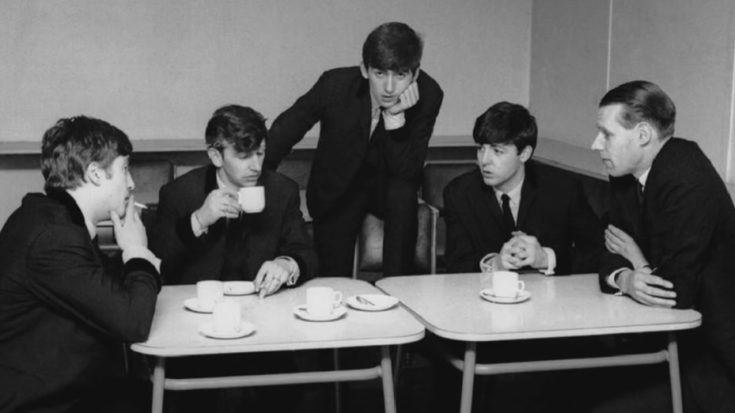 Largely considered to be the fifth Beatle, the band didn’t really leave a good first impression on George Martin. “I was not impressed by the tape [Brian] Epstein played me,” he once commented. “There was something there, but I couldn’t find out if it was worthwhile or not. What I said to Brian was, if you want me to judge on what you’re playing me, I’m sorry, I’ll have to turn you down,” he said once.

He added: “I felt sorry for Brian. He was such an earnest young man. I gave him a lifeline. I said if you want to bring the boys down from Liverpool, I’ll give them an hour in the studio.”

George Martin’s story was one that clashed with the odds. He grew up in a non-musical family and managed to survive the poverty-laden 1930s, only to serve the navy in WW2. He joined the Guidhall School of Music after the war and eventually met Brian Epstein in February 1962. After some reluctance and a second chance given to the Liverpudlian quartet, on which “Please, Please Me” became the first number one record of the band.

Another instance where Martin was pivotal for the band’s success was when McCartney wrote “Yesterday” for 1965’s Help! After multiple unsuccessful takes of the song, Martin suggested a string arrangement – which was initially met with doubt by McCartney, saying: “We’re a rock ‘n’ roll band.” He eventually convinced McCartney of the idea and invited him over to his house to write the score together, which was the start of the two’s working relationship in making musical scores.

McCartney spoke of the event, saying, “He would say, ‘this is the way to do the harmony, technically.’ And I’d often try to go against that. I’d think, ‘Well, why should there be a proper way to do it?’” He continued, “‘Yesterday’ was typical. I remember suggesting the 7th that appears on the cello. George said, ‘You definitely wouldn’t have that in there. That would be very un-string-quartet. I said, ‘Well? Whack it in, George. I’ve got to have it.”

Martin being dubbed as the fifth Beatle was far from sensationalism – it took root in his musical mastery and his relationship with the band, working closely on their records and pushing the envelope of creativity where things were once thought of as impossible. One perfect example is“Tomorrow Never Knows”, where a speaker was connected to a microphone inside a Hammond organ that resulted in John Lennon’s gritty and distant-sounding vocals on the song.

He also discussed a classical guitar version of “Here Comes The Sun”, describing George Harrison’s hit as “containing complicated rhythms and bar lines all over the place, it also has a lot of repetition. In that case, we can use that repetition quite well, by making theme and variations. I wrote a special score, that starts off in a sunrise-like way.”

George Martin was truly behind the Beatles’ successes, as according to McCartney himself: “George Martin left an indelible mark on my soul and the history of British music, and he was the most generous, intelligent and musical person, I’ve ever had the pleasure to know.”