Track-To-Track Guide To The Music Of Chuck Berry 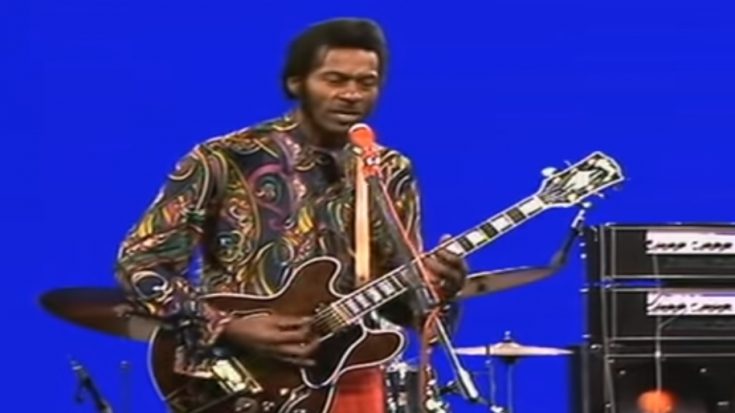 At the first listen, Chuck Berry seems to be the typical rock n’ roller who likes to sing about his women, cars, and all things considered stereotypically gung-ho. Make no mistake, however, as he was the original rock n’ roller that took the genre to the masses with energetic showmanship and relatable writing. While many of his three-chord attacks sound the same, it’s the very template he crafted for the genre that paved the way for successors to innovate upon it. With that, here are some of the best Chuck Berry cuts that have made deep impressions in rock culture and history.

Berry’s songwriting cleverly hides some of his most defiant messages under unassuming lyrics, just like on the fun imagery depicted on “Brown Eyed Handsome Man”. Talking about crushes, baseball, and whatnot, the song actually tackles racism especially after being inspired by Berry witnessing a Hispanic man being arrested in a minority neighborhood. He became one of the first in injecting social issues into his songs in a time where it was ridiculously dangerous to do so.

Of course, being a rock n’ roller himself, it was only natural for Berry to use teen themes to convey fun and celebration. “Sweet Little Sixteen” was an excellent example of such, celebrating youth in a gritty and loose fashion thanks to a tasty hook and the witty name-dropping of cities in the lyrics.

While everyone was still tiptoeing in the ’50s with simmering rhythm and blues numbers, Chuck Berry showed he was light-years ahead of everybody with the barn-burner of a cut in “Roll Over Beethoven”. It took a few years to catch up with the mainstream, but once it did, it was rainbows and butterflies for the newly-baptized genre.

If one were to think of how rhythm and blues evolved into rock n’ roll, then “Maybellene” is the perfect representation of its pivotal moment. Distortion was sparingly used during the ’50s but that didn’t stop Berry from blasting out this biting rocker to the masses.

The mention of “Johnny B. Goode” is expected to induce a hair-raising, out of the body experience. What more so when the tune is dished by Berry? When it comes to riffing, the song is practically the template of everything to ever come out of rock and roll. He was truly the King before Elvis was a thing.