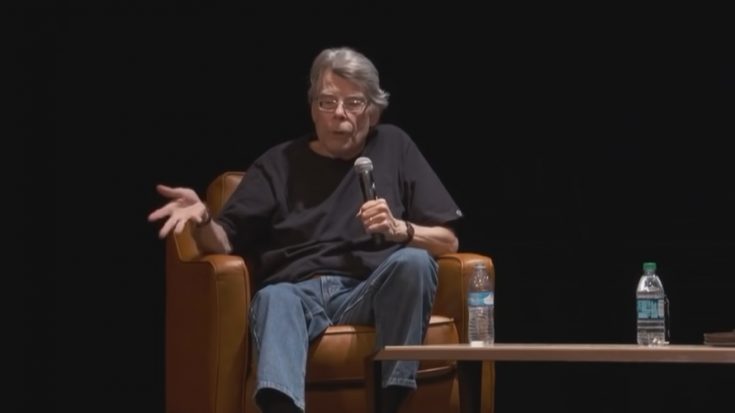 Stephen King’s reputation as a horror novel royalty often overshadows most of his personal interests. One of these is his obsession with music. The author has professed his love for the likes of Bob Dylan and Rihanna, among others, showing his wide range of taste and preference in the craft.

This was proven during his appearance on BBC’s Desert Island Discs, where he picked songs from the Beatles, Bob Dylan, The Pretenders, and Bruce Springsteen. When he was given another chance to feature his favorite tracks on the BBC 6 Music feature Paperback Writers, he surprisingly chose an entirely new lineup.

Included in the list is AC/DC, whom he dubbed as “the best rock and blues band of all time,” while John Mellencamp fueled King’s musical aspirations for a long time.  “One of the questions that defines a person is…‘is it Beatles or Stones?’” he said, clearly favoring the Stones in this roundabout with the song “Dance Little Sister”.

King also says that he “got into a lot of arguments in the 70s with rock purists who absolutely hated disco,” which he thoroughly enjoyed. “I thought to myself, if people hate me and if they want to downgrade my musical taste, I’ll just have to live with that and cry hot tears of shame on my pillow. If I had more time here, I’d have put on one of the Bee Gees disco songs, but that’s another story,” he added.

‘Stiff Upper Lip’ – AC/DC
‘At the Hop’ – Danny and the Juniors
‘Pink Houses’ – John Cougar Mellencamp
‘The New Girl in School’ – Jan and Dean
‘Dance Little Sister’ – Rolling Stones
‘That’s the Way I Like It’ – KC & the Sunshine Band
‘Dirty Water’ – The Standells
‘Louie Louie’ – The Kingsmen
‘It Came Out of the Sky’ – Credence Clearwater Revival
‘Secret Agent Man’ – Johnny Rivers
‘Anarchy In the UK’ – Sex Pistols
‘Needles and Pins’ – The Searchers
‘S.O.B.’ – Nathaniel Rateliff and the Night Sweats
‘My Sharona’ – The Knack