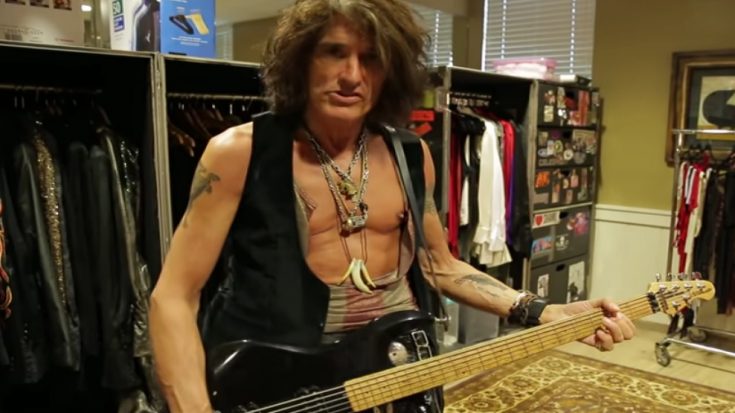 One of the coolest guitar legends in the history of rock, Joe Perry of Aerosmith is a man who, together with his frontman Steven Tyler, would go on and live the “toxic twins” life. Fueled with his highly-publicized bad boy persona, this man is your typical embodiment of the real definition of such.

Yet, one couldn’t deny that this man has a lot of superstar talent. Teaching himself on the principles of guitar, he spent his childhood listening to the pioneers of the British invasion such as The Beatles, The Yardbirds, The Who, The Rolling Stones, and many more. Such diligence to learn the art of the instrument led him to form Aerosmith, and the rest is history.

Below, we’ll take you on a nostalgic tour with these 5 Aerosmith songs to prove Mr. Perry’s guitar supremacy. Enjoy!

This contemplative song of the band takes you on a melancholic ride with Perry’s emotionally-driven playing. “Livin’ on the Edge” has that surreal tune that only Perry could achieve, giving it an almighty flourish.

The sweet personification of the late Jimi Hendrix can be heard inside Perry’s playing of “Sweet Emotion.” It’s where you’ll find the guitarist at his best, playing the funky psychedelic effects that you’d never know you needed in the first place.

You should not deny the existence of Perry’s magnificent playing inside Run DMC’s version of “Walk This Way” ft. Aerosmith. Not only did the latter re-obtain their popularity status, but they also proved to be worthy of it with this wonderful rap-rock tune.

Perhaps the essential song fit to describe Joe Perry’s greatness in guitar-playing, “Dream On” has the melody created by the maestro. This classic Aerosmith song is definitely where the guitarist is at his best, and marking the band’s fondness with power ballads as well.

Joe Perry shines the brightest inside Aerosmith’s “Love in an Elevator,” which makes sense considering the band’s resurrection of popularity along with embracing its pop groove. It’s one of the guitarist’s best works, no doubt.