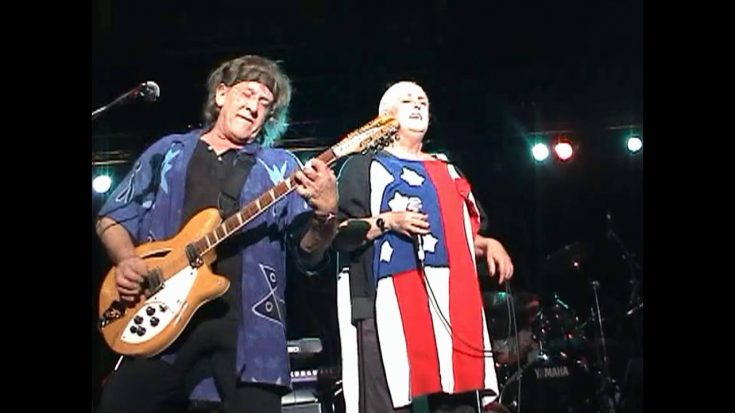 The cry of the U.S. after the horrendous 9/11 attacks became one of the most traumatizing moments in the world. Such incidents spurred a lot of times where being united as a country became a thing, and no one could ever destroy that bond.

Although the world had moved on from it, they still remembered to honor the fallen heroes whenever they could in their own ways. One event to fulfill the promise of creating a better world was this reunion between Grace Slick and the Jefferson Starship, just two weeks after September 11, 2001.

Grace Slick, one of the founding members of the group, has a reputation for coming in and out of the band. But during this point of crisis, she rejoined once more to caress the minds of the people who needed it the most, especially during the still shaken days of the people who had lost their loved ones from the attacks. It was a moment of revitalization.

With Jefferson Starship, along with Paul Katner’s and Grace Slick’s child, China, the newly-formed band for the night made sure that their fans and the concert-goers are okay, helping them to gradually recover with songs that are nostalgic and could bring people joy. Slick, just in her typical self, covered her whole self in a long brown cloth, and then reappearing to the audience, dressed in her U.S Flag outfit. On the back, it says “F*ck Fear,” clearly denoting the events that transpired 2 weeks before.

The band performed a series of songs at Arrowfest in Long Beach. You can watch their performance here.