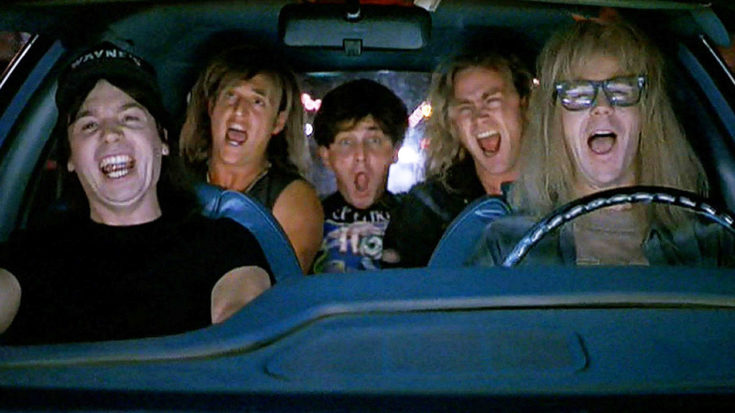 “I Think We’ll Go With A Little Bohemian Rhapsody!”

In Wayne’s World (1992), Saturday Night Live alumni Mike Myers and Dana Carvey paid tribute to Queen with their hilarious and heartwarming rendition of ‘Bohemian Rhapsody’. The scene was momentous; not only did it introduce Queen to the MTV generation, but it thrust Queen back into the limelight, bringing ‘Bohemian Rhapsody’ to the top of the charts for the first time in decades!

This hilarious and heartwarming scene starts with Wayne (Myers) getting into Garth’s (Carvey) car for a night of cruising. The two dedicated fan boys pick up their friends, but not before uttering the words that would embed this cult classic into our hearts forever: “I think we’ll go with a little ‘Bohemian Rhapsody’!”

But Wait, What Did Queen Have To Say?

When Queen won its only MTV Video Music Award for “Best Video from a Film” for ‘Bohemian Rhapsody’, Brian May was overcome with emotion, saying that Freddie “would be tickled” to have seen such a magical performance of their song!

While this hilarious scene won’t win any awards for being the best in film history, it’s still incredibly poignant for the kid in all of us that still dreams of one day becoming a rock legend!