No One Harmonizes Like The Eagles. Don’t Believe Us? Check Out This ‘Seven Bridges Road’ Rehearsal 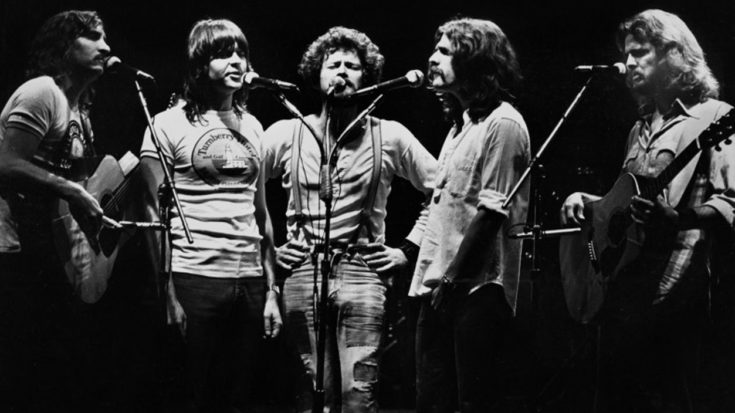 Rock music has produced some of the greatest talent the world has ever seen and will ever see again, but few acts compare to the Eagles; a perfect storm of tremendous egos, world class talent and an unrelenting pursuit of perfection when they stepped onstage or into the studio, the Eagles showed us time and time again that for all the turmoil going on within the band, when they came together as one cohesive unit the result was unmatched – especially if we’re talking about that iconic five part harmony.

With Glenn Frey leading the charge, the Eagles were a force to be reckoned with as all five voices jumped into formation and while it was impressive to see live or hear on a studio recording, hearing it acappella during a pre-show rehearsal is pretty damn special. Their 2013 documentary does a fantastic job of showing how that particular brand of magic came together, taking us backstage at one point and giving us an eagle eye view of the band rehearsing “Seven Bridges Road”.

Though the clip you’re about to see is only about 40 seconds in length, that’s all the time needed to convince you that when it came to executing an absolutely flawless five part harmony, the Eagles were unmatched. Give it a spin or two in the video below and while you’re at it, be sure to check out the full version of “Seven Bridges Road” to hear how the whole thing comes together as one great big masterpiece!