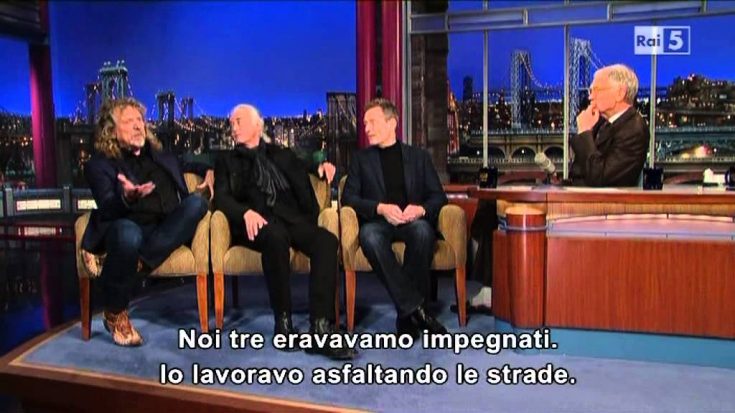 Being one of the biggest rock bands in the world, any occasion that Led Zeppelin would reunite is considered as a moment donned for the annals of music history.

While it’s impossible to have the foursome reunite on-stage because Bonzo is no longer with us, it’s quite an energy booster still to have the remaining legends Robert Plant, Jimmy Page, and John Paul Jones gather together and reminisce the old times, much like what happened here on a rare interview from David Letterman.

Back in 2012, the rock gods descend from their thrones and granted Letterman the opportunity to sit down and talk whatever it is that’s not about reforming the old band. Still fresh from their Kennedy Center Honors commemoration, the guests plus Letterman discussed the trio’s music life—- their influences, the fellow artists they collaborated with, some few good stories about them, the awarding ceremony that just happened the night before, and many more.

One particular highlight inside the awarding ceremony is Jack Black’s speech about the inductees. Letterman mentions how Black described their music are about “sex, Vikings, and Vikings having sex,” and the great JPJ later added: “You missed the bit about Vikings having sex with hobbits.” And a burst of laughter erupted in the studio.

Check out the full interview below.