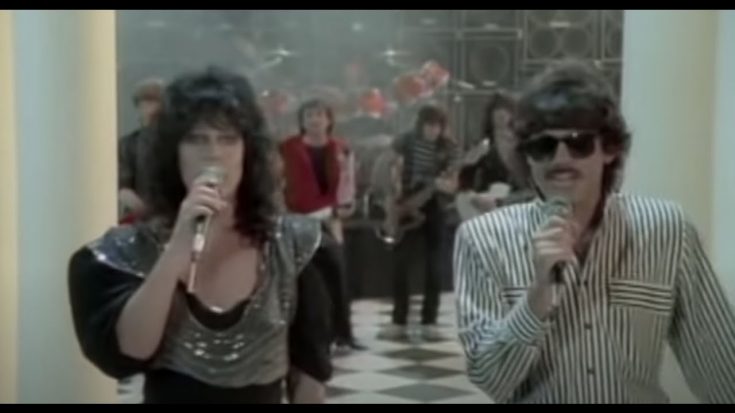 Once going by the name Jefferson Airplane, the band changed their 2nd name from Airplane to Starship, after the departure of Jack Casady and Jorma Kaukonen. Together, they went on to be one of the well-known bands in the 70s, incorporating their songs with hard rock, psychedelia, and progressive rock. But during the 80s, the band was losing their touch, therefore prompting them to erase the “Jefferson” from their name, revise the personnel, and change the flavor of their music. Below are some of their greatest songs. And no, we are not talking about “Nothing’s Gonna Stop Us Now” and “We Built This City.”

“Layin’ It On The Line” – Nuclear Furniture

Technically, this was the final album of the Jefferson Starship, before they morphed into another group that was named Starship. This was the album’s opening track.

The opening track from their Dragonfly LP, “Ride the Tiger” is also the album’s first single. It streams the virtue of Eastern Philosophy, mainly due to the influence of Byong Yu, who co-wrote the song with Grace Slick and Paul Kanter.

The track opener from Red Octopus LP, “Fast Buck Freddie” has its own charm, with its rigid tune complementing the group’s instrument orchestration and Slick’s reedy vocals. It’s a favorite among many fans.

“Find Your Way Back” – Modern Times

The familiar introductory guitar riffs are a bit nostalgic, and that’s probably what you might feel since “Find Your Way Back” experienced some heavy rotation during the start of MTV. It’s the first single from Modern Times LP.

“With Your Love” – Spitfire

A Spitfire descendant, “With Your Love” is Jefferson Airplane’s follow-up single from their mega-hit “Miracles.” The song received fair recognition as well, peaking at no. 12 in Billboard 100.

The ending song from their Spitfire album, “St Charles” modifies its chromatic guitar licks to an absolute thrilling feeling of east/west type of love. It definitely belongs in the highlights of this album.

Need we say more? This song is the real miracle for the band who went through a lot of revisions in their whole career. It’s their highest-charting single from their greatest album Red Octopus.

For Jefferson Starship fans, Earth was the last album that featured the iconic 70s classic lineup of the group. The song bore a lighter rock vibe.

“Winds Of Change” – Winds of Change

The song that shares the name of their 1982 LP, “Winds of Change” was the result of Grace Slick coming back to the group. Certainly not one of their greatest albums, the song bore resemblance to their previous anthems.

The song that showed the vocal peak of Micky Thomas, “Jane” does not contain the remnants of the psychedelic Jefferson Airplane in the 60s. This goes to show how wonderfully talented these rockers are.