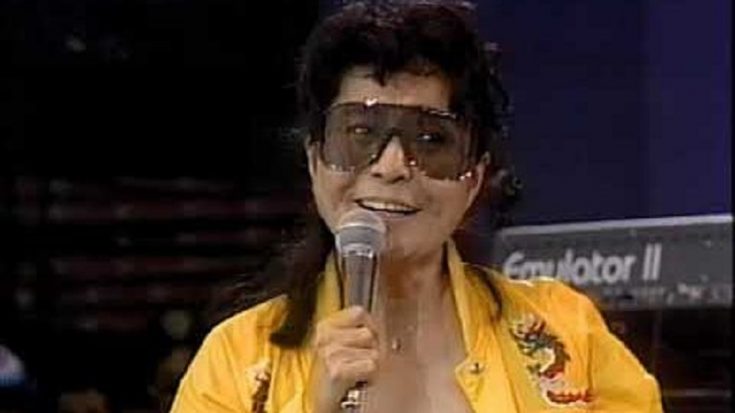 It’s hard not to associate the iconic John Lennon song “Imagine” with Lennon’s wife, Yoko Ono. After all, Ono was the one who helped the late musician be influenced by the song’s utopian lyrics and idealistic views. Yoko Ono became the key element to Lennon’s change of heart when it comes to seeing the world in a retrospective state.

Six years after John Lennon’s death, the widowed Ono paid tribute to her late-husband by singing in front of thousands of people the one song that the world needs to hear: “Imagine.” Still fresh from the wounds, Ono bravely faced the world ahead as she sang the song whilst thinking about Lennon. It’s clear to see the impact of Lennon on the people who went to the Giants Stadium; they were gathered for that one moment where they can feel the singer’s presence throughout the entirety of the song.

Yoko Ono took the stage and made the sea of people sing their hearts out. It’s not an easy job, yet Ono made it seem like uniting the world is her calling. “John is here in spirit with us,” Ono told the audience as she began to sing the first lines of the song. And she’s right about it.