A Guide To The Lineup Changes In Lynyrd Skynyrd’s Career 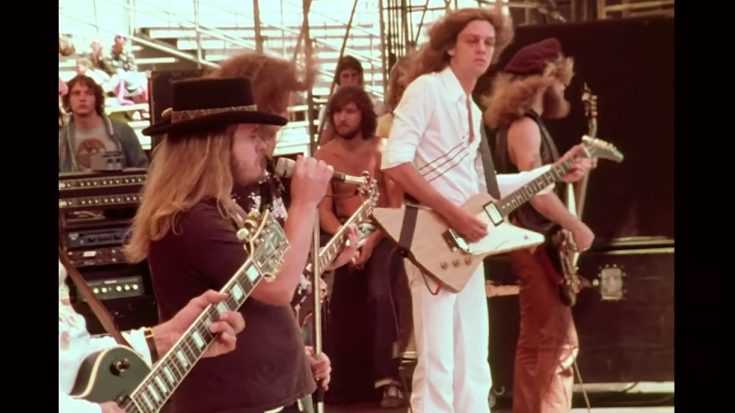 Lynyrd Skynyrd, they are the right band to associate the word “resurrection.” Just like any other bands out there, LS endured several lineup changes throughout most of their career duration. Members going in and out, others left for good, etc., but the band’s most terrifying time to recuperate was during the tragic plane crash that befalls the classic members. Some are injured, while the other members died.

Though it was an awful incident for the members and certainly not a thing to forget, the band rose to ashes and revived what was left for Lynyrd Skynyrd into a new, electrifying, and revitalizing career that remained even until today. Presented to you below is the complete guide to lineup changes of Lynyrd Skynyrd.

Per Lynyrd Skynyrd History Site, the first ones to form the group were Van Zant, Rossington, Collins, Burns, and Junstrom. They changed their name several times until they settled for Lynyrd Skynyrd after Van Zant got the idea from their PE teacher, Leonard Skinner.

With Burns and Junstrom leaving the group, Greg T. Walker and Rickey Medlocke joined the band. Burns would later come back.

After 2 years, Medlocke and Walker quit the band, with the former creating the band Blackfoot. Burns came back to the band, at this point, they solidified their distinct tune that they are well-known for.

Artimus Pyle joined the 6-man band replacing Ed King on drummer duties. At this point, they recorded their Gimme Back My Bullets album.

Perhaps the most renowned lineup from the band, it was a perfect team with Steve Gaines joining in the band for a three-way guitar rhythm. They created Street Survivors and was also the lineup that experienced the 1977 plane crash that killed both Gaines and Van Zant.

Lynyrd Skynyrd had the intention of leaving the world of music for good, but it was then that the 10-year hiatus of the band did they thought of a tour dedicated for all the members who died in the crash. Ronnie’s brother, Johnny Van Zant, assumed the role behind the mic. Allen Collins was put aside because he was paralyzed from a car crash. Ed King returned.

Estes joined the group after the exit of Randall Hall.

With Ed King and Mike Estes leaving the group, Gary Rossington recruited once more his old friends Rickey Medlocke and Hughie Thomasson to complete the three-way harmony of LS’s guitars.

McAllister left after only a few months, and Kenny Aronoff joined to fulfill his drum duty.

Wilkeson dies due to acute liver and lung disease. He was then replaced with Ean Evans.

Billy Powell died of a sudden heart attack after skipping an appointment with a cardiologist. Peter Keys replaced him on keyboards.

Ean Evans, the one who replaced Leon Wilkeson in 2001, died of cancer. He was replaced by Johnny Colt.

Until this day, Lynyrd Skynyrd is up and running the stage with southern rock performances that are considered classic. After Johnny Colt departed, Keith Christopher assumed the role of the bass. Gary Rossington is the only person to endured the whole lineup changes from the band.