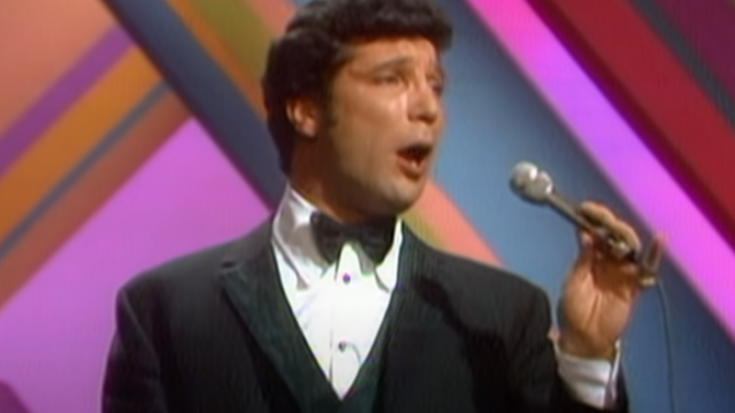 Relive the time when Tom Jones delivered a fantastic performance of his beloved hit, “Delilah” inside The Ed Sullivan Show on April 21, 1968.

After a series of appearances in the year 1965 to 1966, Jones is back to deliver a performance that made the live audiences scream. It is noted that Jones became one of the controversial guests inside the show, like Elvis Presley, for his raw sexual energy and his ability to make the audience, especially the girls, scream at the top of their lungs. Nevertheless, Jones is a man of dual ability, mastering the art of performing both pop and powerful ballad.

Jones recorded “Delilah” in December 1967, and it is one of his most popular songs. The words were written by Barry Mason, and the music was composed by Les Reed, who also provided the song’s title and overall concept. In 1968, it was awarded the Best Song Musically and Lyrically by the Ivor Novello award.

The song depicts the narrative of a man who passes by his girlfriend’s window and witnesses her having sex with another man. He kills her with a knife before waiting for the police to burst down the door and take him into custody. The lyrics tell the killer’s thoughts and feelings, expressed in a rambling, sometimes conflicting style. Jones delivered a prevailing rendition of this song for his finale performance, cementing his status as a true icon in music.

Check out his performance below, in full high-definition display.