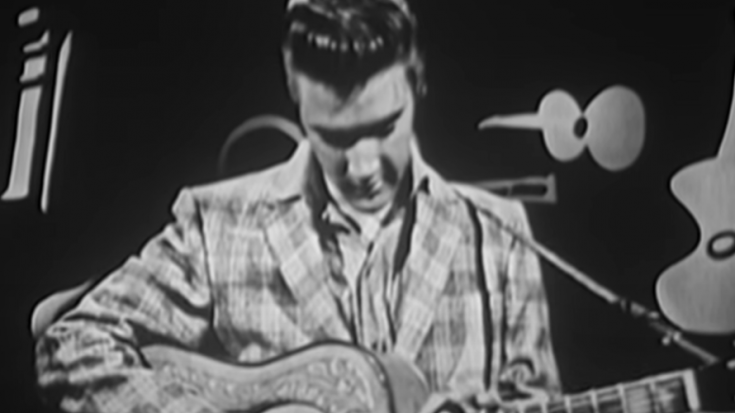 Elvis had already scored a number one hit with “Heartbreak Hotel,” but nothing could still compare to his debut on The Ed Sullivan Show, where 60 million people tuned in to see him perform. When 82% of the nation tuned in to see Elvis appear on this TV show, it was a major cultural moment and a major national event.

This young man wowed the nation’s youth with his raw, energetic performances that defied the traditional values of the day. After his appearance that evening on the Sullivan show, Presley infiltrated millions of homes across the country, igniting a wave of change in popular music and entertainment, and cementing his status as the true “King of Rock & Roll.”

Presley, then 21, was presented by British actor Charles Laughton, who was sitting in for Sullivan that night, while the famed host was at home recuperating from a catastrophic car crash. He sang “Don’t Be Cruel,” “Ready Teddy,” “Hound Dog,” and “Love Me Tender” and gave spectators a full head-to-toe view of the performer, even though there had been complaints about “lewd” hip-shaking wild swings.

Time magazine wrote an article about the historic event, recalling the moment when parents and critics condemned the musician’s vulgarity in front of the audience, and millions of TV viewers. “When it was over, parents and critics, as usual, did a lot of futile grumbling at the vulgarity of this strange phenomenon that must somehow be reckoned with,” a journalist wrote.

Recall the moment in history when Elvis performed “Don’t Be Cruel” with the video shown here.