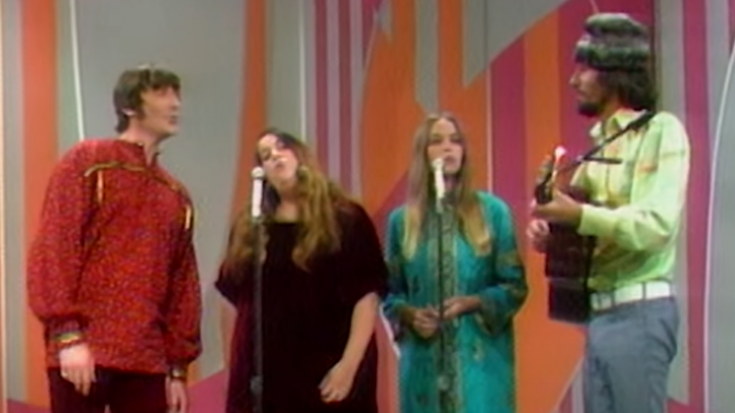 Let the Mamas & the Papas mesmerize you with their vocal harmonies with this special Ed Sullivan Show performance of their hit, “Twelve Thirty.”

One of four appearances by the Mamas and the Papas on this long-running show, the first of which was on December 11, 1966, when they sang “California Dreaming,” “Words Of Love,” and “Monday, Monday.” Ed Sullivan had long been an admirer of the group, influenced by his daughter Betty. On Ed Sullivan’s page, it was noted that after a 1967 performance of the group, Sullivan asked them for autographs. Sullivan also received love beads which he proudly used during the interview part.

John Phillips wrote the song “Twelve-Thirty (Young Girls Are Coming to the Canyon)” (shortened as “Twelve Thirty”) shortly after the band moved to Southern California in 1965. They typically refer to it as the band’s final great song. According to Phillips, a “well-arranged two-part harmony going in opposite directions” can be found here.

Watch and listen to the group’s performance below.