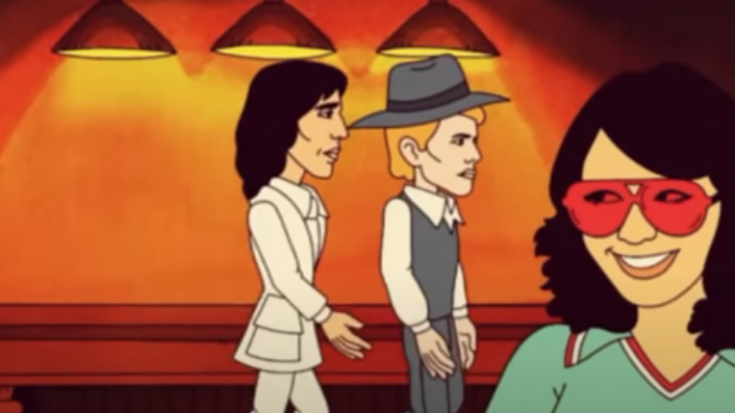 The video for John Cale’s new song, “Night Crawling,” has been released. It’s a song about his time in New York City in the 1970s with his late friend, David Bowie. Deantoni Parks and Dustin Boyer provide additional drums and supporting vocals in addition to Cale handling the bulk of the instrumentation. With that, let’s see Mickey Miles’ animated video below.

Before heading to sleazy pubs, the two take a stroll around the dark streets. The video’s events repeat endlessly, evoking memories of the many nights out the two spent together.

In a statement, Cale gave details on the inspiration for the song. “It’s been a helluva past two years and I’m glad to finally share a glimpse of what’s coming ahead,” he said. “There was this period around mid-late Seventies when David and I would run into each other in New York. There was plenty of talk about getting some work done, but of course, we’d end up running the streets, sometimes until we couldn’t keep a thought in our heads, let alone actually get a song together!”

Cale’s new album, Night Crawling, is his first since the release of Lazy Day at the end of 2020, the year he turned 80. Later this year, Cale will embark on a U.K. tour.