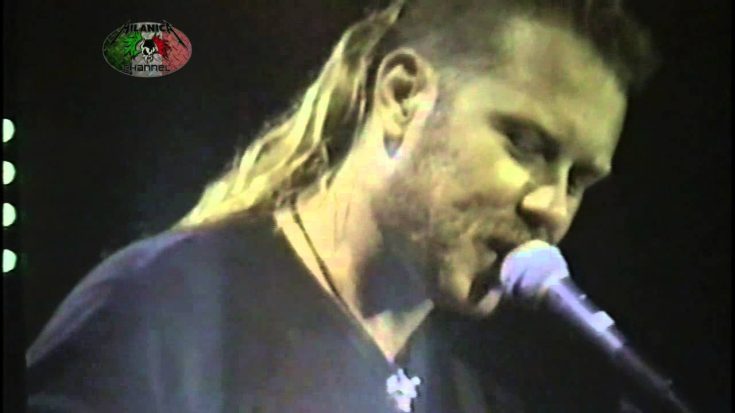 Even after Metallica’s breakthrough with the Black Album in 1991, they were still riding the wave in 1995. As they were working on their second album, Load, they performed the Escape from the Studio concert at Donington Park in the United Kingdom in front of some 35,000 spectators, with a hand-picked lineup that included Slayer, White Zombie, Skid Row, and more.

But Metallica being Metallica, lead vocalist James Hetfield directed the band in a series of humorous impressions of the opening bands, which were a hit. The video is made to be seen below.

“I hope you like the fu***ng bill we kinda put together here,” Hetfield says in the video of the landmark event, before embarking on a parody of COC that’s right on the money. “You like Machine Head?” He lets out a snarl as the other members of his band play the recognizable riff to “Smoke on the Water.” “Definitely not the album!” Hetfield berates, as the crowd roared in laughter. Aside from that, Hetfield also introduced his talents by imitating the likes of Axl Rose, Sebastian Bach, and Tom Araya. This perhaps is one of the funniest Metallica videos that exist on the internet, and it’s definitely worth watching!