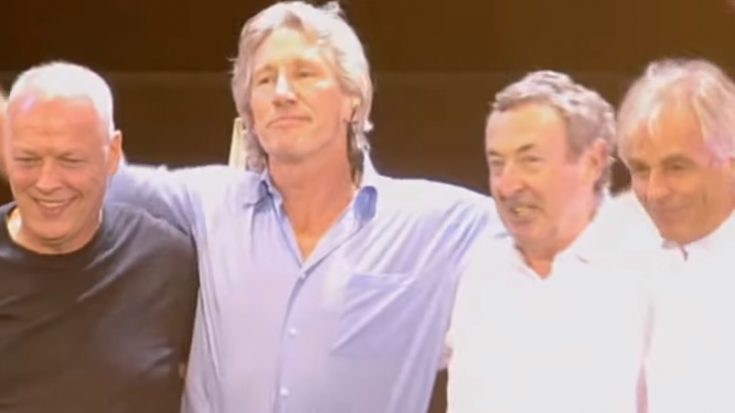 For avid fans of Pink Floyd, Roger Waters’ decision to walk out of the band after tensions rose became one of the hardest truths to swallow. The band was on the brink of becoming dysfunctional, with the members, especially with Waters and David Gilmour harboring animosity over creative and legal debacles, making their Earls Court performance on June 17, 1981, their last concert together.

Or so they thought. After some amount of coaxing, Pink Floyd was brought onboard the official list of performers for 2005’s benefit concert, Live 8. While the rehearsal sessions were still wrought with the tensions from 24 years ago, the band was able to successfully pull through the actual event. Before performing “Wish You Were Here”, Waters addressed the crowd with a message. “[It is] quite emotional, standing up here with these three guys after all these years, standing to be counted with the rest of you … we’re doing this for everyone who’s not here, and particularly of course for Syd,” said the Floyd bassist.

Relive the particular moment by clicking on the video below.