Watch The Beatles Being Funny In The Studio In 1969 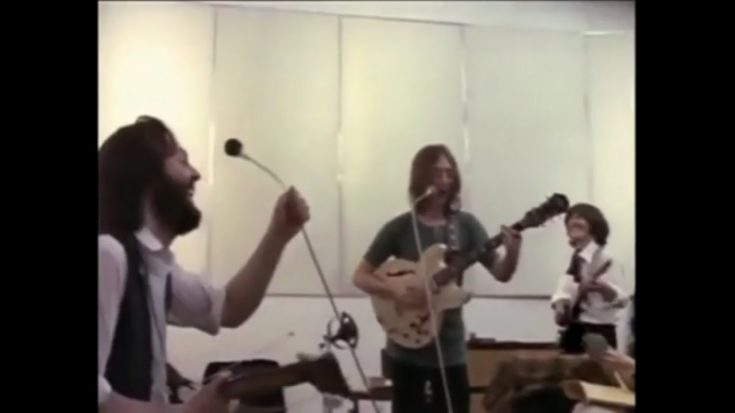 The Beatles’ Let It Be documentary highlighted the disintegration of the biggest band in the world at that point. Rumors spread after, citing irreconcilable differences of the Fab Four; their friendship no longer deemed necessary. But who are we to criticize them? After all, the only people who knows more about the relationship were The Beatles themselves.

Inside this compilation video of The Beatles under the umbrella of 1969 Let It Be documentary shows the bright side of the tight bond that the quartet became known for. Laughing, singing, mocking, and celebrating— that’s what the video exhibited for the people to see. We see John Lennon, Paul McCartney, George Harrison, and Ringo Starr debunking the rumors of them fighting and throwing shade at the studio, and that’s what the video clearly emphasized.

Aside from the members, families and close friends were also present on the making of the Let It Be album. Yoko Ono is sitting beside Lennon, and Paul McCartney’s child was also seen behind Starr’s drum kit. Lennon also made a skit about his recent interview from CBC with Ringo and Paul, and the result was extremely hilarious. Hopefully, this kind of close friendship of the Fab Four will be given much importance in the band’s upcoming Get Back film, a Disney Plus documentary.