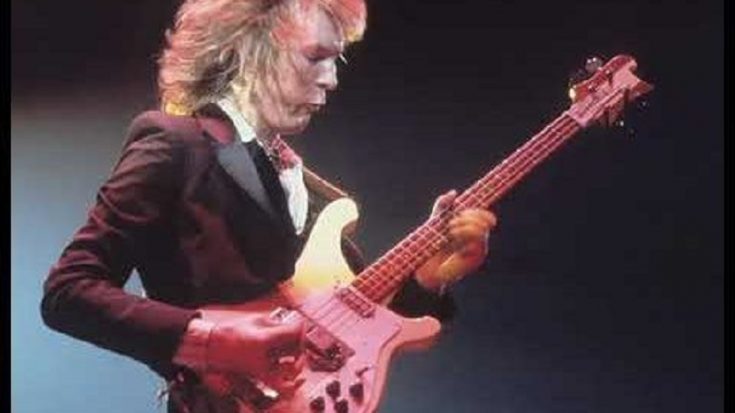 It’s hard not to associate the band Yes and the guitar model Rickenbacker to Chris Squire, the only person that’s been constant with these two things over the years. Squire co-founded the band with vocalist Jon Anderson; since then, he’s been the longest-surviving member inside Yes until he died in 2015. And as for Rickenbacker, it’s his favorite and his signature guitar model he’s been using thoroughly as time went by. To commemorate Squire’s undisputable efforts in the band, we’ve listed these 5 greatest tracks to define Squire’s remarkable music career.

If you’re out here thinking about what made Yes such a phenomenal progressive rock band, then you might want to take 18 minutes of your time and listen to this stunning masterpiece. “Closer to the Edge,” catapulted the band into real prog-rock heroes, with Squire perfectly demonstrating the essence of bass tones in the track.

Tormato was a dilemma for fans and Yes members, perhaps due to its excessive production but seemingly bland disposition. But one could just deny completely the album because it contained “On the Silent Wings of Freedom,” the sure light at the end of the tunnel. It’s a staple to most Yes shows, so you can guess why it’s so fine.

This 21-minute epic is stuffed with different kinds of the nitty-gritty. From psychedelia to jazz-rock, there isn’t much time to take a break from this creative centerpiece.

Perfection— the one word to describe “Heart of the Sunrise.” Anderson once said that the song tells us about “being lost in the city,” admiring the power and vigor of the rising sun. Relate that statement to this track and you’d find out that it parallels its feeling, with Squire’s ultimate bass skills not skipping a beat. It’s the perfect end to a perfect album.

It’s a bit rude why Squire’s godly skills on bass tend to be labeled as underrated. He’d spent most of his life providing definitive and powerful basslines for others to anchor on, with “Roundabout” depicting that image. Any Yes concert will tell you that the show’s incomplete without this magnum opus.