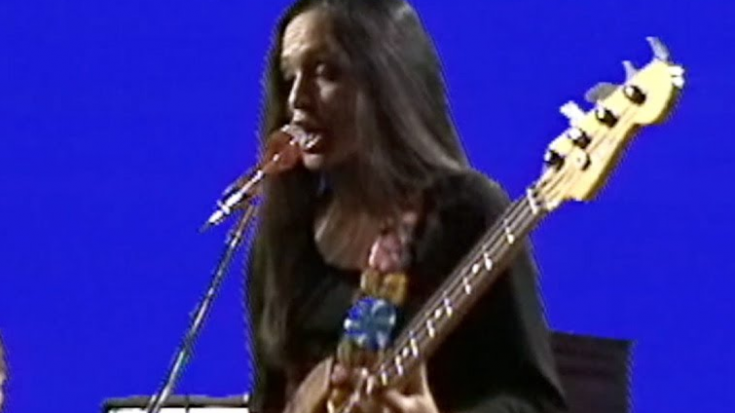 All-female group Fanny made the world turn upside down with songs that are both nostalgic and remarkable to hear. Since they became the first band to feature an all-women ensemble, it’s quite refreshing to hear something new on the table from these rockers.

Inside the 1972 performance of “Knock on My Door” from the German TV Show Beat Club, Fanny showed people what they are capable of. The song is written by keyboardist Nickey Barclay and is the 2nd track of side one of their Fanny Hill album. It also features two popular cover versions of Marvin Gaye’s “Ain’t That Peculiar,” and the Beatles’ “Hey Bulldog.”

The band’s performance was conventional, but there’s a certain hit of tingling exuberance that one could feel inside its baroque feel. No wonder, a lot of women followed the footsteps of these rock heroes, to create a world where female music can be enjoyed regardless of your gender.

You can sing along to Fanny’s 1972 performance of “Knock on My Door” here.

I’ve to get you out of her clutches

I’ve got to pull you out of your hole

I want to push you over for good

If I could, I would sell my soul

I wish that it were already over

And we could find a place of our own

I wonder will you make it all right

Every night as I sit alone

It hurts me to pretend I don’t know you

To pass you with a nod on the street

It hurts me that we’re wasting our time

Trying to find a safe place to meet

I wonder how you kept it a secret

I think that I would die if she knew

I wonder what she’s going to say

When she finds that I’ve taken you

Someone loses, someone wins in every round

I’ve to get you out of her clutches

(Knock on my door)

I want to get your own to myself

(Knock on my door)