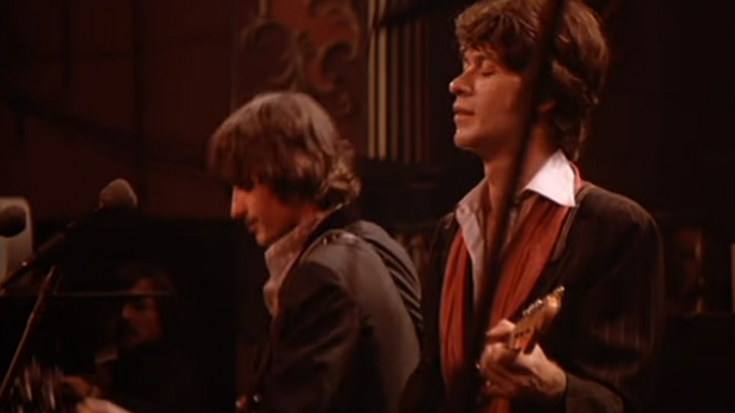 “The Night They Drove Old Dixie Down” is easily remembered to be one of The Band’s greatest creations, becoming one of the highlights of the band’s eponymous album.

The song, written by Robbie Robertson with lead vocals provided by Levon Helm, shows the portrayal of a struggling southerner, just days before the end of the American Civil War. It gained issues in the recent times as the song is viewed to have the themes of glorifying slavery, which to many, was often only misunderstood. Joan Baez created her version of the song, which topped on no. 3 in charts.

The Band oftentimes uses the song as a staple to their live shows, but perhaps, the most unforgettable one was during their iconic 1976 Thanksgiving Day concert dubbed as “The Last Waltz” inside Martin Scorsese’s documentary film. Held at the Winterland Ballroom in San Francisco, it was seen as their farewell concert appearance joined with dozens of prominent guests with the likes of Bob Dylan, Ronnie Hawkins, Muddy Waters, Ronnie Wood, and Neil Young, Paul Butterfield, Bobby Charles, Eric Clapton, Neil Diamond, Dr. John, Joni Mitchell, Van Morrison, and Ringo Starr.

The video below shows the band at their glory. This also happens to be the final moment that Helm sung the lead on it, due to his dislike to Baez’s version, as confirmed by bandmate Garth Hudson.