Rick Allen Shares Details Of Phil Collins’s Letter To Him 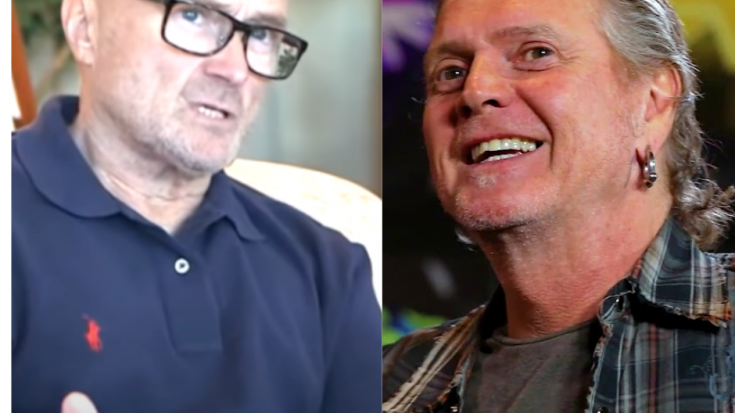 Rick Allen, Def Leppard’s drummer and a survivor of a car crash, recently revealed the message that Phil Collins wrote to him in the aftermath of the 1984’s new year incident.

Allen, who lost his left arm during the horrific crash, shared the details during his interview with Jeremy White and Mitch Lafon on the Rock Talk With Mitch Lafon podcast. Thousands of letters were addressed to him, but he particularly remembered Collins’s words as it is among the first letters that he opened while still in recovery in 1985.

“[They were] just incredible words of encouragement,” Allen told Lafon. “There were hundreds of thousands of letters but he stood out because he obviously knew what it would be like or he had an inkling of what it would be like to be a drummer and to be involved in something so horrific. So, it just meant that much more.”

Losing an arm meant that the drummer’s career is over, but since the crash, Def Leppard knew that they had to create a special drumkit to keep their fantastic drummer and to resume his duties. “I think the thing that the guys did for me, which took the pressure off, was they gave me time to make the decision whether I wanted to move forward or not. And that was really the crux of what I was dealing with.”

He admitted to feeling lost throughout his recovery, and felt “completely defeated.” But, after playing drums again, he saw past the situation and regain his will to perform once more.

By 1987, Allen is back behind the drum kit with the guys. Hysteria became Allen’s first album since the accident, spurning multiple chart-topping hits and becoming Def Leppard’s best-selling album.