Watch Mike and Micky’s Best Interactions In The Monkees 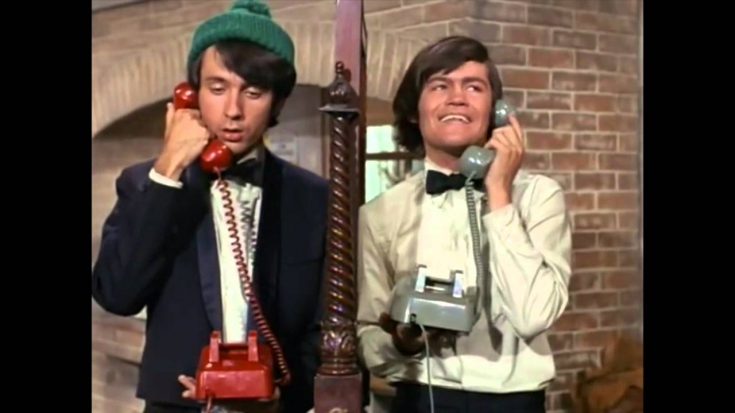 The Monkees cemented their status as actors through their eponymous TV show. For 2 seasons, they’ve managed to catapult themselves to success trying to pull off a Beatle-like personality of 4 boys trying to make a name in the world of music.

50+ years later, The Monkees still is one of the greatest shows on TV with their quite innovative approaches, its humor, and the chemistry between the guys that never feels so out of place. Each Monkee respects their fellow members, and even until then, the bond that they have shared still remains pure and genuine; much like how Micky Dolenz created an album to commemorate the life of the late Michael Nesmith, who died last year.

Dolenz Sings Nesmith shows Micky Dolenz singing some well-known Mike Nesmith songs such as “Papa Gene’s Blues” and “Joanne.” This is just one of the well-treasured moments of the two, whose friendship defied the odds of time and remained iconic.

Below, we present this compilation video of the two Monkees inside their series. One can truly define their friendship by just looking at it.