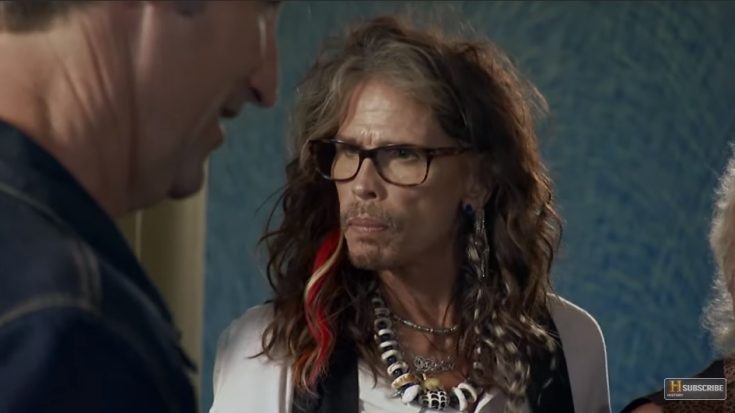 History Channel’s American Pickers will be featuring the bad boys from Boston’s first-ever tour van. It has been revealed that the van was discovered after 40 years of rotting in an obscure woodland, and was preserved in order to hand it back to Aerosmith.

American Pickers star Mike Wolfe said, “As far as connecting with the band, that was obviously a pipe dream, because I didn’t know they would care about it so much. That’s the cool thing about this whole thing. Once [we] made contact with the band, they were very interested and excited. … The fact that they had such a strong connection to it says a lot about their character and honoring their past. Those guys have lived a thousand lives, you know? That they all were interested in it was huge. It wasn’t just one of them, it was all of them as a group fucking beyond excited about it.”

Click on the video below for a snippet of the whole episode!