The Most Interesting Rock Movie Facts 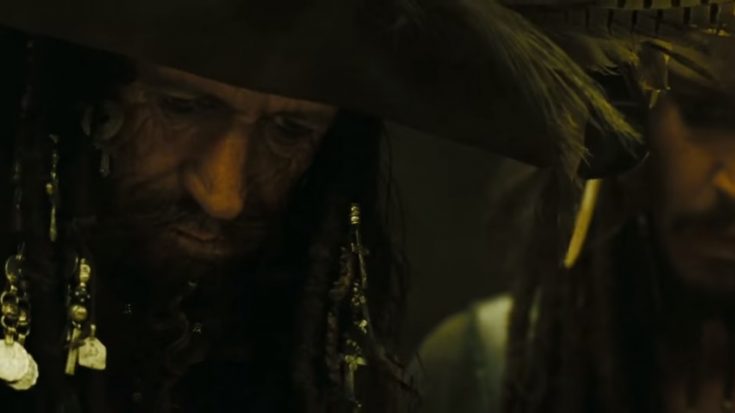 Movies based on rock music is a prerogative for any rock fan to watch. Be it real life documentaries, musical biopics (which are the rave recently), or fictional ones based on real songs, these flicks provide another dimension and entertainment value to rock music. But did you know any of these facts after watching the movie? Strap on to your seats for some of the most interesting facts you may have not known about your favorite rock flick!

Back To The Future

Sci-fi flick Back To The Future tackles the ever-famous and equally mind-boggling time travel in its plot. In a certain scene with the main character Marty McFly, he is shown with his walkman blasting some sick riff work. It has been revealed that virtuoso Eddie Van Halen actually recorded the part for the movie.

Also for the succeeding BTTF movies, Red Hot Chili Peppers’ bassist Flea makes an appearance on two of the films, while the iconic band ZZ Top can be spotted in the third installment.

Comedy rock film from 2003 features Jack Black as a desperate school teacher trying to make ends meet, and sees potential in his students, prompting him to form a band for the upcoming Battle Of The Bands. Black, who is a big Led Zeppelin fan, went as far as filming himself begging to get “Immigrant Song” to be included on the film.

Romantic musical flick Moulin Rouge tells the story of a young English poet Christian, falling in love with the main star of the Moulin Rouge cabaret, Satine. In the scene where the green fairy turns evil, a scream can be heard in the background. It was done by the one and only Prince of Darkness, Ozzy Osbourne.

The late actor Heath Ledger says his own version of Joker was based on two rock icons of the past decades. Ledger says he drew inspiration for the character from Tom Waits, and the Sex Pistols vocalist/bassist Sid Vicious.

The horror-comedy musical film by Lou Adler and Michael White features the story of a couple who wanders to a castle owned by the mad scientist Dr. Frank N. Furter. The Rolling Stones’ Mick Jagger once said he wanted to be part of the film.

This Is Spinal Tap

The highly-acclaimed rock mockumentary This Is Spinal Tap features the fictional band Spinal Tap, and their journy through their American tour. Its satirical tirades towards the pretentious lifestyle of rockstars and their holier-than-thou documentaries are what makes the film stand out from the rest. While most movies have a 10 star maximum ranking, This Is Spinal Tap is the only movie to have 11 stars max, as reference to the amp going to 11.

The movie was so convincing Ozzy Osbourne actually thought it was a real documentary upon watching it.

Set in the near future where robots are an everyday implement, features a mad scientist antagonist who plans on creating a new breed of warrior robots. This mad scientist is no other than KISS bassist Gene “The Demon” Simmons.

Sultan of Swing Mark Knopfler reportedly refused to do The Princess Bride’s soundtrack unless he included the Spinal Tap memorabilia, a cap, in the movie.

Pirates of The Carribean

Actor Johnny Depp reportedly based his character Capt. Jack Sparrow on the Rolling Stones guitarist Kieth Richards. This led to Richards being featured in the third installment of the film, as the father of Jack Sparrow himself. The resemblance is quite uncanny.

The 1979 Alien film starring Ridley Scott had a helping hand from an unlikely figure. In the egg chamber scene of the movie, Scott set it on fire by borrowing the blue laser lighting set from The Who, who were rehearsing next door.