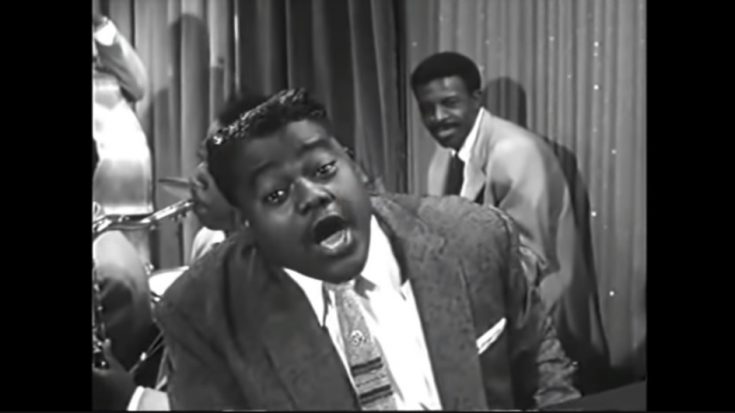 While rock n’ roll was already emerging in the forties, it saw further development come the 1950’s. With its rise came artists from various genres, including the prominent rhythm n’ blues that enveloped most of the previous decades. Now facing a new musical style that’s yet to be approved by the masses, these artists were responsible for making it or breaking it. Fortunately enough, these pioneers carried with them the passion for innovation, giving the world its first glimpse of rock music. Here are some of the budding top rock artists of 1950.

John Leon Gross, better known by his stage name Archibald, was an American artist who had his roots in rhythm n’ blues. A New Orleans native, Archibald learned to play the piano as a child, which became his instrument of choice as he went from playing for parties, local brothels, clubs, and bars. He recorded his first single “Stack-a-Lee”, derived from the song “Stagger Lee”, which was based on a true story of Bill Lyons’ shooting by “Stag” Lee Shelton on 1895. The song has been recorded by multiple artists at the time, but it was Archibald’s version that saw massive national success, charting on the 10th place of the Billboard R&B charts of 1950.

Sometimes called the Griffin Brothers Orchestra, the American rhythm n’ blues group was active for a decade and a half, and dabbled with rock before calling it quits on 1954. The band was headed by the sibling duo Jimmy and Buddy Griffin, and both got proper musical training at the prestigious Juilliard School. The group, along with the help of Margie Day, scored their first chart ranker with “Street Walkin’ Daddy” / “Riffin’ With Griffin”, reaching the 7th place. The follow-up hit, “Little Red Rooster” ranked 5th on the charts as well. The band toured intensely between 1951 and 1952, before several members left for solo careers.

The Maryland based doo-wop group Four Buddies presented music in the form of laid-back and mellow ballads. With a particular penchant for melody-driven composition, the Four Buddies churned out hits like “I Will Wait”, which was recorded under the New Jersey based Savoy Records. The group also had other memorable hits like “Window Eyes” and “Heart and Soul”, before breaking up in 1953.

2. Billy Ward and his Dominoes

More commonly referred to as the Dominoes, the group was founded by musical prodigy Billy Ward. After winning a piano composition contest at the age of 14, Ward went on to study at the Juilliard School, where he honed his musical talents to a tee. While working as a vocal coach for Broadway, he met talent agent Rose Marks, who became his business and creative partner. The two set out to form a vocal group to ride the growing trend, seeking out prospects among Ward’s students. After various lineup additions, the Dominoes was formed, with Ward acting as their pianist and arranger. The group’s first hit “Do Something For Me” climbed up to 6th on the charts, while the highly suggestive follow-up track “Sixty Minute Man” topped the R&B charts as well.

Considered as one of the poster children of rock n’ roll, Fats Domino certainly helped shape the musical landscape with his works. The pianist and singer-songwriter had his roots in rhythm n’ blues, but was not afraid to tweak it to become one of the earliest forms of rock n’ roll. Fats Domino carried with him the traditional rhythm n’ blues sound, structured from his choice of the instrumental ensemble that consisted of the piano, saxophones, bass, the electric guitar, and drums. Teaming up with the iconic producer Dave Bartholomew, Fats pushed out his first hit record, “Fat Man”, which was watered-down version of the drug addict inspired “Junker Blues“, and had sold a million copies by 1951. It is considered to be one of the first legitimate rock n’ roll tracks, with his robust piano playing and hard-hitting beat, while Fats was doing a Wah-wah vocalization over the song.