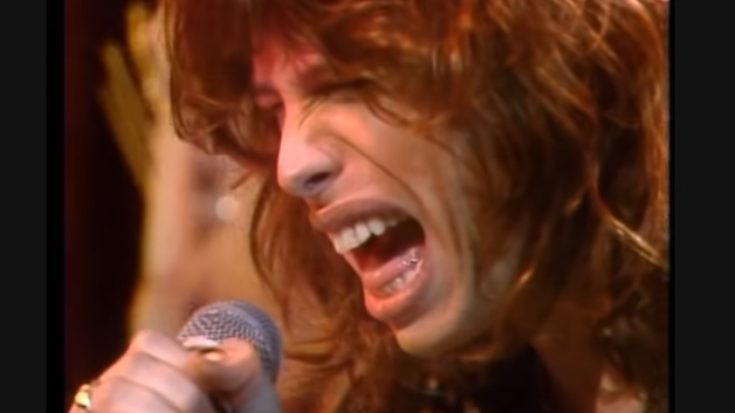 The bad boys from Boston just recently debuted with their self-titled album in 1973, Aerosmith. While the album was a massive success, Aerosmith still had a lot to prove, especially with live guesting and performances. In a certain episode of the well-known musical show The Midnight Special on August 16, 1974, Aerosmith showed its cards with a mind blowing performance of their hit “Dream On”, one of the first TV appearances by the band, packed with an electrifying stage presence and audience appeal as well.

The episode showed a juvenile Aerosmith onstage, with a young Steven Tyler already showing his stage chutzpah and antics. The atmosphere was set, with the aggressive neon-lighted Aerosmith logo at the back, and the band’s signature wardrobe styling, which they have kept till today. The hard rock outfit blasted their way through with the power ballad, proving they were ready for the industry’s challenges. Featuring one of the best live performances by the band, here is Aerosmith performing “Dream On” in 1974.