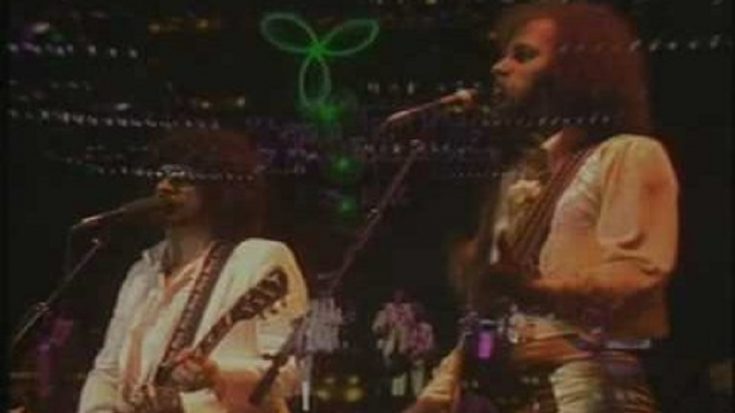 Anyone who adores the Electric Light Orchestra probably had listened to “Mr. Blue Sky,” a gem of a song from the group, and became a fan. While ELO’s catalog of music has a long-range of wonderful songs, “Mr. Blue Sky” turned out to be their most recognizable one, with its commercial success and frequent usage from advertisements, movies, and TV shows.

Sometimes referred to as the band’s “signature song,” ELO thrived on the music during live performances. Its arrangement is often claimed to have a “Beatlesque” trait, with similarities from any of The Beatles’ songs. It may be quite true, as the group is sometimes denoted as a continuation of the British rock band, and John Lennon once famously told the media that ELO is the “son of The Beatles.”

Yet, aside from revolving around their style to that of the Fab Four, they also have their own distinctive panache that saved them from being labeled as copy-cats. With “Mr. Blue Sky,” Jeff Lynne intended to create something thrilling that any fans of them would want to dig, and so he made a song about the beautiful Alps he was seeing. The next thing he knows, the song reached the 6th spot on the UK charts.

The song became a part of the setlist during their Webley concert in 1978. Notice how well the rhythm blended with Lynne’s vocals— a sign of a remarkable live show.