The History Of Mick Jagger And Keith Richards’ Relationship 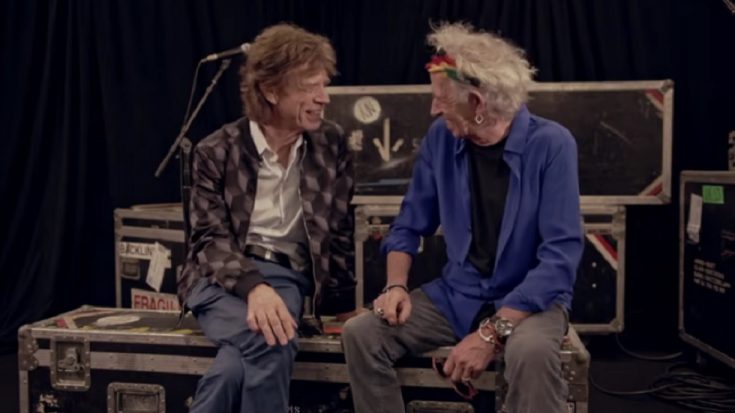 If there’s one band that defines the term “rock and roll,” it’s the Rolling Stones. Still going strong for fifty-plus years, it’s not hard to pinpoint where they stand in the annals or the rock scene, whether it’s today or from yesteryear. And from the five, going, six decades they’ve been together, you still couldn’t identify the secret ingredient for their longevity; more specifically, the two supreme rockers of the band, Mick Jagger and Keith Richards. Below is the history of the dynamic duo’s love-hate relationship that goes way back to their childhood.

They’ve Met When They Were Seven Years Old

Mick Jagger once told in an interview from Rolling Stone that he and Keith Richards became classmates in primary school from ages seven to eleven. “We used to play together, and we weren’t the closest friends, but we were friends,” Jagger said.

The two met once again when they were at the Dartford Train Station heading off to their respective schools. Richards saw Jagger holding some rhythm and blues records, and through a mutual interest, decided to hang out and form a band. The rest is history.

Richards Once Wrote a Letter Where He Praised Jagger

In the early stages of their career, the guitarist wrote a letter to his Aunt Patty detailing the newfound life he has. Aside from that, Richards wrote this: “Mick is the greatest R&B singer this side of the Atlantic and I don’t mean maybe,” he mentioned. And continued to praise the young Jagger for his skills.

After the release of the Rolling Stones’ “Dirty Work,” Mick Jagger became more focused on building his own career outside the group, a move that angered Richards so much and labeled it as “World War III.” By the end of the 80s, they were back both on studio and tour, but Jagger and Richards’ relationship has already dived on the tumultuous waters.

“When in doubt, write about Mick,” music director Steve Jordan once advised Keith when he ran out of ideas for songwriting. The song? “You Don’t Move Me Anymore,” a track from the guitarist’s solo LP Talk Is Cheap.

Richards’ Shady Comments on Jagger in his Memoir “Life”

It was in Richards’ memoir “Life” that things got a little intense for the both of them. Richards is keen to expose the egocentric Jagger and his “high-maintenance” ideas that the members of the band would oftentimes call the lead singer “her majesty” and “madam.”

Not only did Richards criticized the singer’s ego, but he also made sure to expose his manhood. “I know he’s got an enormous pair of balls, but it doesn’t quite fill the gap,” Richards said in his autobiography. Shortly after, the guitarist apologized out of fear that the Stones will no longer continue, and they’ve settled their differences afterward.

Mick Jagger was knighted in 2003, a controversial gesture that not everyone approves of, including the Queen herself. But it was Richards that spoke more volume about it, telling the press that he doesn’t want to share a stage with someone who is “wearing a coronet and sporting the old ermine.”

But Keith Still Loves Mick 99% All The Time

From highly-publicized feuds to disrespectful comments, after all these years, Keith Richards still loves Mick Jagger 99% all the time. “I still love him dearly. Your friends don’t have to be perfect,” Richards told Daily News.

Their Perfect Chemistry for the Rolling Stones

For better or for worse, the world couldn’t deny the chemistry between Jagger and Richards, a thing that made Rolling Stones so successful. It seems like any differences might drive them down, it will never tear them apart.