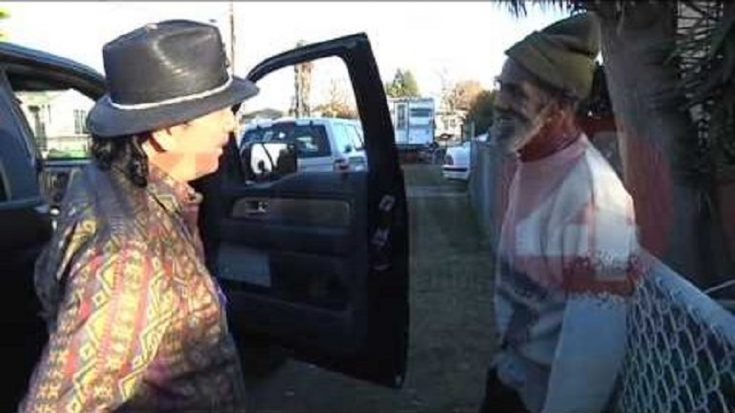 It seems like the stars had aligned once again when Carlos Santana met his dear old bandmate whose life didn’t experience the great path.

The sudden reunion happened back in 2013 when KRON reporter Stanley Roberts interviewed Marcus “The Magnificent” Malone, former percussionist of Santana in the 60s. Roberts was there on the streets of Oakland during his segment for “People Behaving Badly.” He stopped to talk with Malone, now homeless, and later verified that he is indeed an old band member of the blues band.

When the report aired, Carlos Santana went to lengths to come together with his old bandmate once more. He contacted Roberts to assist for a chance meeting with Malone, and in December that year, it happened. You can watch the heartwarming encounter from the old bandmates with the video provided below.

Months after the surprise meeting, Santana told the press that he had written a song called “Magnificent Malone” and had plans with his former bandmate to record it.