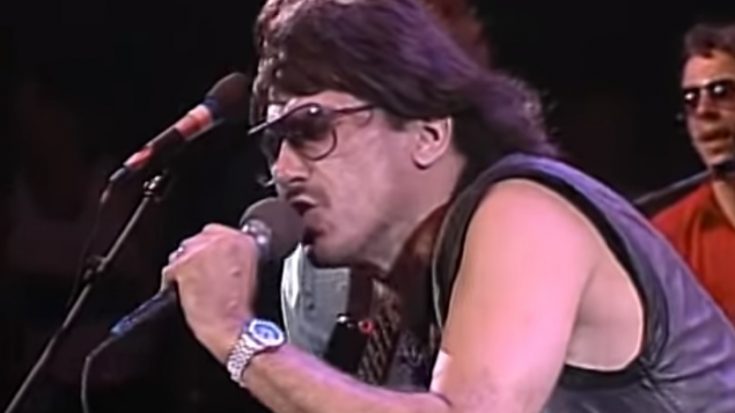 From Steppenwolf’s second studio album, The Second, is the lead single “Magic Carpet Ride”. It started out with the line “I like my job, I like my baby” by bassist Rushton Moreve, and was finished by frontman John Kay when inspiration hit. Kay put the demo tape in a home stereo system he bought from the earned royalties of their first album, coming up with the line “I like to dream, right between my sound machine.”

“Magic Carpet Ride” became the band’s second big hit after their debut hit with “Born To Be Wild”. Watch Steppenwolf perform their 1968 hit at the Farm Aid concert in Austin, Texas on July 4, 1986. The Farm Aid event was spearheaded by Neil Young, Willie Nelson, and John Mellencamp in the previous year to help keep family farmers on the land, and has been instrumental in giving everyone access to the produce of family farmers.