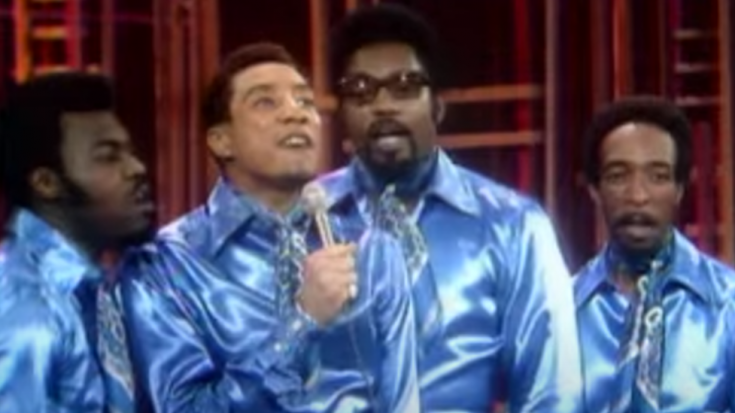 Smokey Robinson and The Miracles were such important figures in the music industry, seemingly influencing hundreds of artists including The Beatles. George Harrison adored him so much that he wrote a song about him, “Pure Smokey” which belonged to his album, Thirty Three & 1/3.

Smokey Robinson was the frontman for The Miracles, but he also did other things for Motown, such as writing songs and producing albums, and finding new talent. He wrote many songs that were hits for Motown acts including The Temptations, Marvin Gaye, The Four Tops, and others.

The Miracles’ first top-ten single, “Shop Around,” peaked in the charts in 1960. This song was a huge breakthrough for the group and for Motown as a whole since it became the label’s first R&B chart-topper. Smokey Robinson and the Miracles had widespread popularity throughout the 1960s, but it wasn’t until 1968 that they made their first appearance on the long-running and critically acclaimed variety show The Ed Sullivan Show.

Their first visit was on March 31st, 1968, singing classics such as “I Second That Emotion,” “If You Can Want” and “Going to a Go-Go.” The group wore maroon suits at that time.

By their next visit, on June 1st, 1969, the Miracles are back in matching blue outfits, singing some of their songs including the one presented below, “Abraham, Martin & John.” The performance was the band’s last for the show, and it wouldn’t be long before Robinson would decide to leave the group and pursue a solo career, 2 years later.