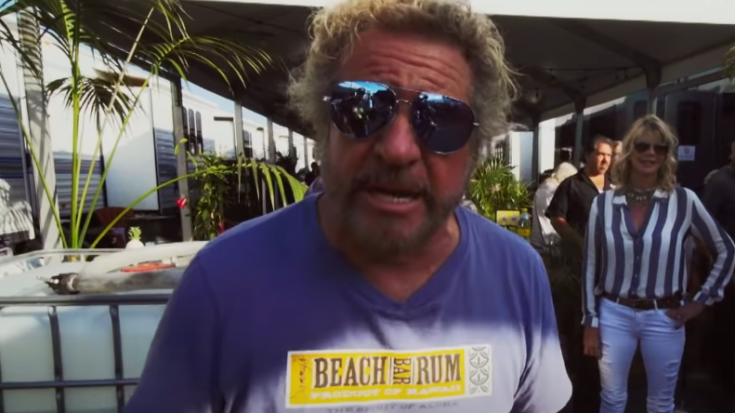 With toes in the sand and a beer in his hand, Sammy Hagar sure knows how to throw the best beach party ever. Watch him and some of his friends delve into conversations and epic surprises at the first annual High Tide Beach Party & Car Show featured exclusively at the Red Rocker’s Rock & Roll Road Trip TV show. The video can be seen below.

Held at the Huntington Beach in California, Hagar, together with his band The Circle, is joined by some of rock’s well-known stars: Vince Neil, Kevin Cronin, Tre Cool, Eddie Trunk, and Eddie Money to perform right in front of 14,000 people present in the the the audience. Reel Big Fish, Roger Clyne and the Peacemakers, Tijuana Dogs, Dead Mermaids, and more were also part of the lineup.

Sammy Hagar’s High Tide Beach Party and Car Show also featured a stunning display of luxury and exotic automobiles for everyone to see. Car owners put in some extra effort to exhibit their flawless cars at the beach, which is quite a unique aspect of the said event. Moreover, food can be seen and tasted everywhere in all corners: from the most straightforward party food, barbecues, and curated ones, to Hagar’s very own Cabo Wabo Cantina, can be seen and eaten – you just need your stomach to prepare for it.

Apart from good food and cold beers, Hagar also managed to talked to some of his friends backstage, trading stories, jokes, and a promise to do well at the upcoming concert. And we know for sure they did more than what’s anticipated from them.