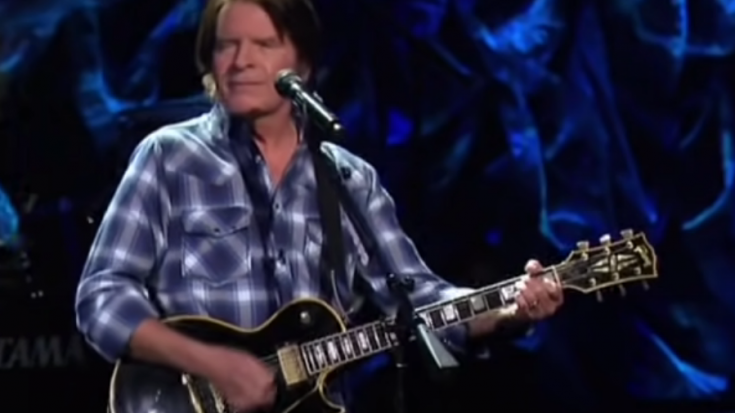 John Fogerty may not have a lot of connections to Howard Stern, but he sure delivered the greatest act of all during the latter’s 60th birthday bash.

John was among the many artists who were invited to Stern’s birthday, which was held at New York’s Hammersmith’s Ballroom. The party was aired live via SiriusXM and was hosted by the late show host Jimmy Kimmel. On the rarest of occasions, the late show hosts Kimmel, Jimmy Fallon, and David Letterman all got together to celebrate Stern’s life and his great efforts to the industry.

The event sure was a conglomeration of things that could go down in history. For starters, Rosie O’Donnell and Kathie Lee Gifford were present at the event. In case you missed the 90s, O’Donnell and Gifford were among Stern’s biggest enemies, with Stern bashing the ladies whenever possible in the show. Thankfully, the fire has been put out all these years. Next, it’s rare to find A-List celebrities becoming guests for a birthday party unless the celebrant is an A-Lister himself. Notable celebrities on the guest list were Mike Love, Robert Downey Jr, Barbara Walters, Perez Hilton, Andy Cohen, Jemima Kirke, Katie Couric, Tracy Morgan, and many more.

But perhaps the most exciting part of the event was the performers who stole the show for a reason. Steven Tyler, Slash, Dave Grohl, Adam Levine, and many more were asked to perform at the party. But perhaps the fairest performance of them all belongs to John Fogerty who performed two classic Creedence Clearwater Revival hits: “Fortunate Son” and “Bad Moon Rising” to celebrate Stern’s birthday.

The video can be seen below.