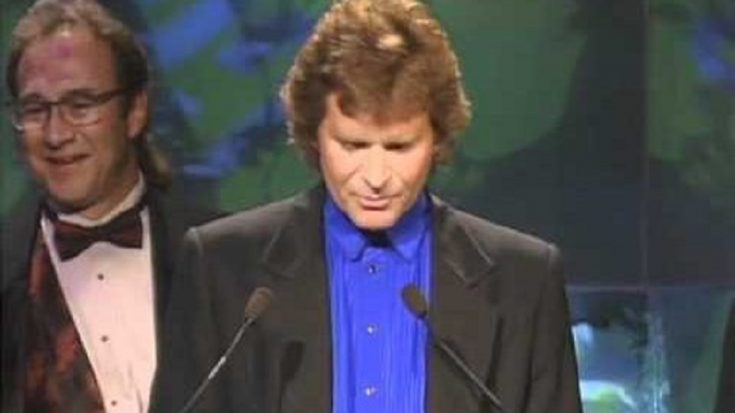 Rock music is a breeding ground for all things dramatic, and we can tell a good drama when we see one, too. That said, let us delve back at the time when Creedence Clearwater Revival accepted their award at the Rock and Roll Hall of Fame Ceremony.

During the past three decades, the Rock and Roll Hall of Fame induction ceremony has been the host to a great deal of contentious debate and uncomfortable social interaction. It is an event that reunites bandmates who, in some cases, have not spoken to one another in several years. Enter CCR, who not only shed the remaining civility theirs be broken but also created a hint of awkwardness when the remaining band members expressed what they felt through their speeches.

Doug Clifford was the first to speak, thanking first the late Tom Fogerty, and credits him as the person “who got the rest of us at the recording studio.” Next to that he gave thanks for is John Fogerty, and thanked him, quite briefly, for his songwriting efforts. Then Stu Cook for his bass abilities and his friendship with Clifford for 30 years.

John Fogerty was the next to speak, thanking RRHF for the award. He then proceeded to thank his former bandmates, Doug, Stu, and Tom. “We’ve disagreed a lot over the years, but there was a time where we made great music together. And I think that the whole reason, the real deal of why we’re here at all.” John was civil with his words, albeit the members standing behind the back were giving him looks.

Stu Cook also gave thanks to the people who help CCR and him reach recognition, and thank his bandmates as well. Then Tom’s son, who was there on behalf of his father, thank the members and anyone who help the band.

The band’s speech may be repetitive, thanking the bandmates, the fans, and the family who helped them to where they are now. But there’s one thing left noticeable in the open: John Fogerty was the only one who didn’t thank the record label Fantasy Records for all its efforts; and boy, he could go on and state all the reasons for it, even up to the point where he didn’t bother playing with the remaining members right after the acceptance speech ended.