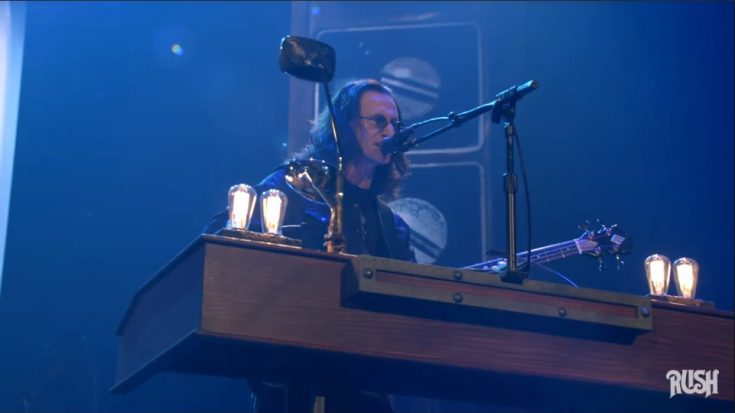 Prog rock icons Rush are teasing fans for their Cinema Strangiato 2019 film, which will be screened on theaters worldwide for a one-off only showing on August 21. Referred to as the “Annual Exercise In Fan Indulgence”, the Rush film will feature concert performances and backstage footage from the band’s final R40 40th Anniversary tour in 2015. Rush played their last concert in August 2015, after health issues plagued Neil Peart into retirement, and the other two members deciding that the band would not go on as an incomplete outfit.

The band teased their performance of “Distant Early Warning” in the film, and will also feature Rush classics such as “Subdivisions”, “Closer To The Heart”, and “Tom Sawyer”, but this time on the big screen. A trailer has already been released since June, heralding the celebration of the band’s career early on.

The film also features some interviews from celebrity Rush fans, including Tom Morello of Rage Against The Machines, Foo Fighters drummer Taylor Hawkins, and Billy Corgan of The Smashing Pumpkins. Geddy Lee also has an interview included in the movie, where he talks about his book, Geddy Lee’s Big Beautiful Book Of Bass.

Click on the video below for a sneak peek of Cinema Strangiato 2019!