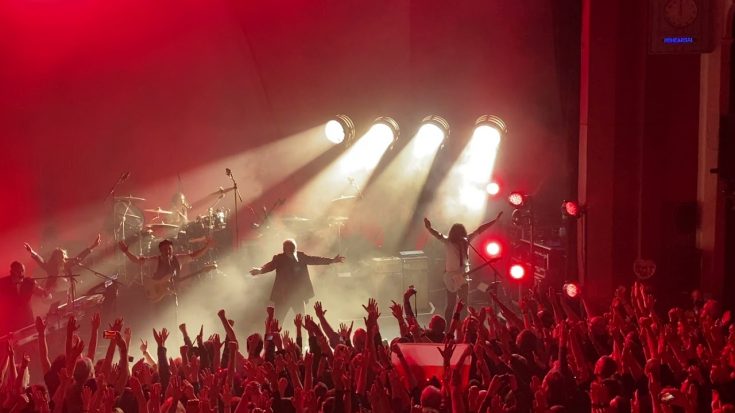 Roger Taylor is back on the road again for his tour entitled Outsider. In his latest performance, the drummer ended his show with a bombastic performance of Queen’s “Radio Ga Ga.”

It seems like Roger Taylor is quite busy with his series of shows on the road, following the release of Taylor’s latest album of the same name. Outsider marks the drummer’s 6th album outside Queen, which was released on October 1st this year. The album was said to be inspired by the Covid-19 Lockdowns, who brought turmoil and plenty of time for people to stay at home.

With arenas opening left and right today, Taylor is back to show his drumming prowess for his fans who were eager to see the rockstar perform. Taylor decided to hit the road for intimate shows to support his album, playing originals and some of Queen’s classics. For anyone who lacked information on the legend, Roger Taylor is an integral part of Queen’s sound, formulating song hit songs for the band such as “Radio Ga Ga,” “I’m In Love With My Car,” “A Kind of Magic,” and many more. He was also the drummer of the group since the beginning and also an occasional background vocalist among his many duties on the group.

Inside his latest performance at the Shepherd’s Bush Empire in London, Taylor awed the fans by giving a taste of nostalgia through “Radio Ga Ga.” You can watch the full performance below.