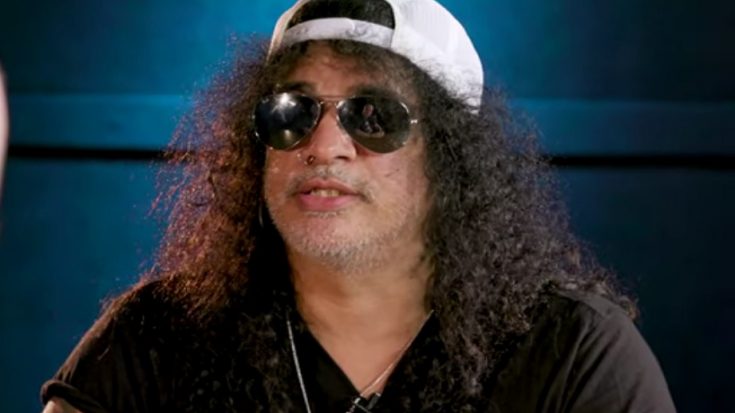 Guns N’ Roses’ iconic guitarist Slash revealed in an interview that the band hasn’t started writing some original songs yet since their reunion.

In January 2020, the guitarist hinted that the new album is on its way, but for some reason, couldn’t pass through. The preparations are already there, but due to the industry’s changing surroundings, they are often postponed for several reasons.

What Slash meant with GNR’s current works on their material, he was only referring to Axl Rose’s songs that he wrote during the departure of their bassist Duff McKagan. McKagan would later join the band in 2016.

“As far as new Guns is concerned, we haven’t even gotten to that point of really in earnest sitting down and writing,” the guitarist said in an interview via Audacy Music. “We’ve been doing a lot of material that’s been sort of sitting around for a while,” he continued.

You can watch Slash’s interview below.