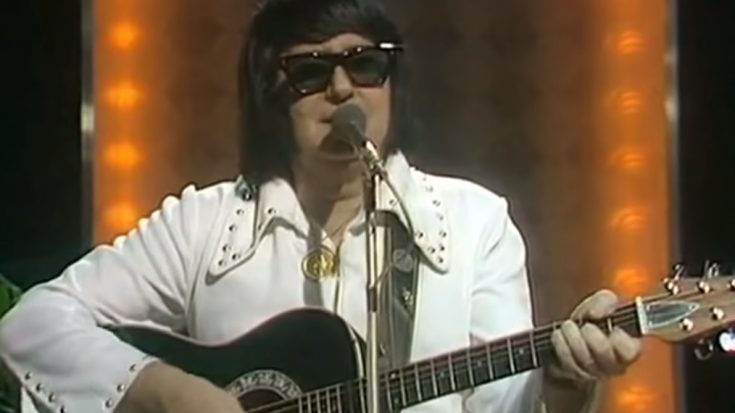 Roy Orbison’s legacy in music was somewhat rare; at the time where male musicians pondered deep into masculinity and strong-mindedness, Orbison’s lyrics signify a man’s vulnerability and emotion. His complex structures in music meant that he was creating classics that broke barriers, even so, that he didn’t care much about wearing black outfits most of the time or standing motionless during performances. A genius when it comes to love songs, Orbison knew how to develop a formula that will tear down even the iciest of hearts, and melt away like the dew in the morning. Below, we’ve gathered these 10 greatest love songs from Roy Orbison handpicked by his beloved fans.

This Roy Orbison masterpiece is poetic in every way, as he shared a nightly confession of his as he goes to sleep. It’s a tale where the singer meets the girl he admires, loving her in every way; until the sun came up and he realized it was nothing but a dream.

Roy never stops even when it’s heartbreaking, but for this beloved classic, he tells his listeners to walk on and move forward, never to look back at the past. It’s painful to hear, that’s what it is.

This song bore its life from the collaborative kinship of ELO’s Jeff Lynne and Orbison. It tells us about young love that got lost along the way but is still there even after all these years.

This song is quite popular as it didn’t contain any chorus, with a bolero feel. The song demonstrated the singer’s clear, full voice, making it one of the best.

This one lovely Orbison track sets to be one of the greatest songs of all time. “Crying” is a country-flavored ballad that speaks volumes about a love that we couldn’t keep.

It was devastating to grasp the singer’s sudden death in the middle of his career revival. To commemorate the industry’s loss of a legend, Roy’s friends and family released the posthumous album King of Hearts after his death, sprouting some classics and originals. “Love in Time” is the opening track of the LP’s side two.

“Pretty Paper” was written by Willie Nelson, performed by Roy Orbison. It was said to be inspired by an amputated man who sold pencils and paper in front of a department store. To call attention to his goods, the man would shout “pretty paper!” which gave Nelson an idea.

In this Don Gibson tribute album, Orbison took time and rerecorded some of the singer’s beloved songs. “Too Soon to Know” is a song on Orbison’s forte, telling us about heartbreak and pain throughout.

Mystery Girl was Orbison’s last completed album before his death. It was completed with the help of fellow stars Tom Petty, Jeff Lynne, etc. “California Blue” was a hit by the singer.

Although the song is best known for becoming a classic thanks to Linda Ronstadt, the original Roy Orbison version is still beloved by many. Its country-pop rhythm is everything you could ever imagine.